Posted by bchristo on Wednesday, 22 August 2012 in Water Conservation

How the Drought is Hurting Baby Bears 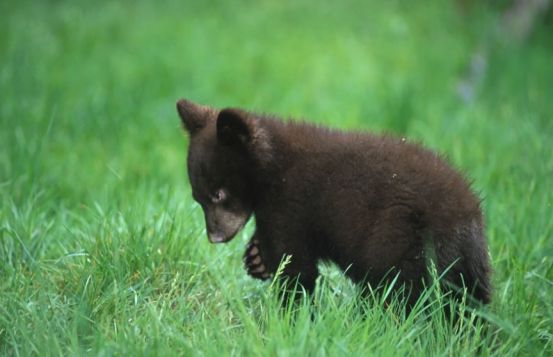 Shocked by the prices you’re seeing at the grocery store? Widespread drought is causing the prices of common foods like corn, soy beans, and beef to shoot through the roof. Many families are struggling to keep bellies full despite browning plants and cracking ground, and not all of them are human.

DiscoveryNews recently reported that the drought is making it tough for young bears to fatten up for the winter, a problem that could lead to fewer bears being born next Spring.

Adult black bears are in little danger of starving during their long winter nap, according to Dave Garshelis of the Minnesota Department of Natural Resources and co-chair of the International Union for the Conservation of Nature’s Bear Specialist Group (IUCN BSG). Bears are opportunistic survivors and can eke a living out of a parched landscape, but future generations of bears may be set back by a drought.

During hibernation, bears can go 100 days or more without eating. In order to survive, they spend the summer and autumn months eating everything they can get their paws on, from fish to berries. Unfortunately, 2012′s scorching temperatures have dried up many of the rivers, streams, and meadows many bears use as their personal all-you-can-eat buffet. As a result, mother bears may have a harder time reproducing. Even if cubs are born, a malnourished mother may not be able to produce high quality milk, putting the health of her cub in jeopardy.

Researchers say humans should be extra cautious in outdoor habitats where bears may be present. A shortage of food could mean more bears roaming around near human settlements, and they’re likely to be in a fowl mood.