Posted by amir on Saturday, 30 April 2011 in Climate Change

From high above the South Pole, Earth’s ozone hole can affect rainfall as far away as the tropics, scientists have found. 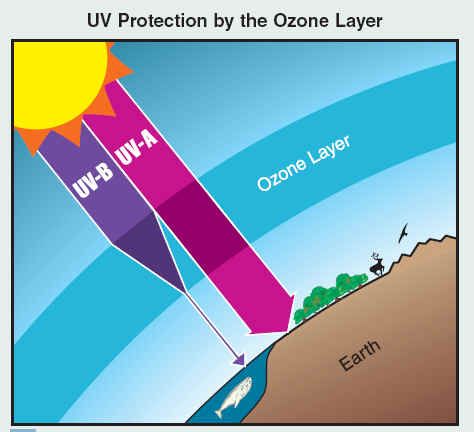 “People thought that the ozone hole, located so high up in the atmosphere over Antarctica, wouldn’t be able to affect climate over low latitudes,” says lead author Sarah Kang, a postdoctoral fellow at Columbia University’s engineering school in New York City. “But it’s like a domino effect.”

First spotted in the 1980s, the Antarctic ozone hole appears every Southern Hemisphere spring, as man-made chlorofluorocarbon molecules eat away at protective ozone molecules between 10 and 50 kilometers up.

Other researchers have shown how the hole cools the upper atmosphere, affecting weather close to the pole. Kang and her colleagues wanted to see if these changes stretch toward the equator.

The scientists used two computer simulations to model how climate would behave with and without the ozone hole, then compared those findings to observations of tropical rainfall between 1979 and 2000. The models with the ozone hole best matched the rainfall record for that period, which saw lots of precipitation between about 15 and 35 degrees south latitude.

The shift happens, Kang says, because ozone loss causes a westerly-flowing atmospheric jet to move further south, which in turn pulls a midlatitude band of dry air south. The region near the equator, in turn, gets wetter.

An interesting look at the Ozone Hole http://www.theozonehole.com/