Posted by plantitfilm on Sunday, 04 April 2010 in Peace

One man, one moment: How Earth day changed the world

One U.S. senator and a core of young organizers made April 22, 1970, the day the environmental movement began.

That day, 20 million Americans in 2,000 communities and 10,000 schools planted trees, cleaned up parks, buried cars in mock graves, marched, listened to speeches and protested how humans were messing up their world.

In New York City, Marilyn Laurie, a young mother of two, persuaded Mayor John Lindsay to close Fifth Avenue to cars and fill it with thousands of people to hear speakers like actor Paul Newman. At the University of New Mexico, Arturo Sandoval led students and reporters from three national networks through the dirt roads and adobe houses of Albuquerque's poorest neighborhood to smell the choking odor of the city sewer plant.

Portland high school senior Randal O'Toole got Oregon Gov. Tom McCall to speak at Portland's Earth Day celebration. Richard Cizik, then a sophomore at Whitworth College in Spokane, led a campus campaign to save trees the college administration wanted to cut down.

In Washington, D.C., 25-year-old Denis Hayes, the coordinator of the national event, shared the stage with senators and the rock group Chambers Brothers, who sang "The Time has Come Today." 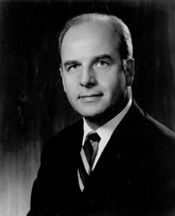 Earth Day was the brainchild of Sen. Gaylord Nelson, D-Wis., who came up with the idea of a national teach-in on the environment after 3 million gallons of oil spilled across the beaches of Santa Barbara, Calif., and killed 10,000 seabirds in January 1969.

Nelson's idea gave birth to a green movement and a green generation that would be as powerful as the industrial revolution in shaping the future of civilization.

"He changed my life," said Hayes, who heads the now-worldwide celebration of Earth Day's 40th anniversary. "He hired me to do this job, and the last 40 years of my life have been very different."

TIMING OF EARTH DAY TURNED OUT TO BE CRITICAL
Nelson picked April 22, so students would be back on campuses after spring break and Easter. And it fell between two other seminal national moments.

The nation had just shared the experience of watching on television the miraculous return of the damaged Apollo 13 capsule and its three astronauts on April 17, 1970.

That mood of national unity and celebration would be short-lived. President Richard Nixon's announcement that the U.S. had been secretly bombing Cambodia triggered mass protests -leading to the May 4 killing of four students by National Guardsmen at Kent State in Ohio. Many colleges closed down their campuses.

"I don't think it would have been anywhere near as big had it come after Kent State," said Bill Mauk, a Boise attorney who had worked for Hayes organizing Earth Day in Washington, D.C.

Nuclear bomb tests had spread radioactive fallout to all parts of the Earth. Several environmental disasters besides the 1969 Santa Barbara oil spill focused national attention on the environment. In June 1969, floating oil and other pollutants on the Cuyahoga River in Cleveland caught fire. "Chocolate-brown, oily, bubbling with subsurface gases, it oozes rather than flows," Time Magazine famously reported. People who fall into the Cuyahoga do not drown, Cleveland's citizens grimly joked: "They decay."

The United States' successful mission to the moon also contributed to the power of the first Earth Day. For the first time, people saw pictures of the whole Earth and its distant, blue fragility.

"Earth Day weaved all those individual elements into one coherent fabric," Hayes said.

In September 1963, Nelson persuaded President John F. Kennedy to embark on a five-day, 11-state conservation tour to bring national attention to the environment. It didn't catch on, but it became the inspiration for Earth Day.

After the Santa Barbara oil spill, Nelson read about campus "teach-ins" against the Vietnam War and thought: Why not a national teach-in on the environment?

He announced his plan on Sept. 9, 1969, and with Republican Rep. Paul McCloskey of California formed a committee and began raising money.

BIRTH OF THE GREEN GENERATION
Hayes was heading to law school at Harvard in 1969 when he answered an ad looking to organize environmental teach-ins in New England. Hayes had been a prominent activist against the Vietnam War as the president of the Stanford student body.

He went to Sen. Nelson's office in Washington, D.C., to interview - and came out the national coordinator.

He gathered a staff of 20 idealistic youth to get information out to the thousands of colleges, schools and community groups that expressed an interest in participating in the Earth Day event. This team included Sandoval, Mauk and Kent Conrad, a Stanford colleague from North Dakota who today is a U.S. senator.

"I thought it was very important to do what we were doing," Conrad said.

Sandoval convinced the networks that they would get a great story if they followed him back to Albuquerque, where he had been a Hispanic activist before joining Hayes' team.

Crews filmed colorful dancers in native costume, but they also got his message of environmental justice with the march through the city's poorest neighborhood to the sewer plant.

Marilyn Laurie saw an ad in the Village Voice looking for people to work on Earth Day. The unemployed mother was not an activist, and was certainly no radical. But she knew something big was going to happen when she organized the first press conference. Time and Life magazines attended, along with local TV stations and even iconic folk singer Pete Seeger.

When she got up to speak, she had Mayor Lindsay on one side and Paul Newman on the other, an activist's dream.

Over the next decade, Congress passed such landmark environmental laws as the Clean Air Act, the Clean Water Act, the Endangered Species Act, the Safe Drinking Water Act, the Occupational Health and Safety Act, the Toxic Substances Control Act and amendments strengthening the National E 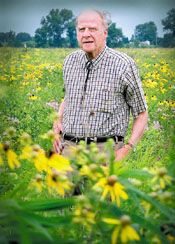 nvironmental Policy Act. Many passed in the first three years after Earth Day and were signed by President Richard Nixon.

"It was a lesson in how a very few people with a significant cause can make a difference," Laurie said.

Nelson got what he wanted from the 1970 environmental "teach-in": A grass-roots demonstration of the wide public support for environmental issues.

"It was successful beyond his wildest dreams," said his daughter, Tia Nelson. "There was no way to anticipate or imagine its impact."