Posted by davebishop on Monday, 21 September 2009 in Arts and Entertainment

"The Age of Stupid": a wakeup call on climate

Could we, the human race, really miss an ever-narrowing chance to save the planet from the ravages of global warming? "The Age of Stupid," which will be screened in hundreds of venues around the world next week, contemplates this grim scenario with the open aim of galvanising a collective effort to prevent it.

The film is a serious documentary dressed up as a futuristic climate thriller, with a few bits of animation thrown in to help explain the underlying science. 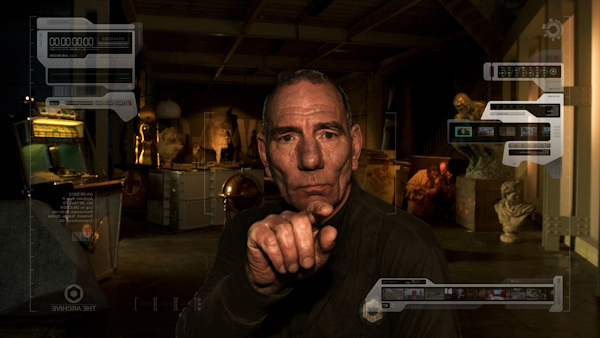 The story is told in the voice of an ageing archivist -- played by A-list British actor Pete Postlethwaite -- looking back from the year 2055 on a world devastated by climate catastrophe.

Ensconced in a sea-bound tower harbouring a complete digital record of human history, the sadder and wiser archivist pulls up image files that tell the story of real, flesh-and-blood people profiled by the filmmaker, Franny Armstrong.

"We could have saved ourselves, but we didn't. It's amazing. What state of mind were we in, to face extinction and simply shrug it off?", Postlethwaite's character says with a flash of anger.

Gazing back to our time, he details the lives of six people whose stories intersect with global warming in different ways: a dirt-poor, aspiring medical student from Nigeria's oil rich Niger Delta; a young business scion starting up India's third "low cost" airline; a pair of child refugees from the war in Iraq.

We meet 37-year-old Piers Guy, struggling vainly against the opposition of his neighbours in the English countryside of Cornwall to a windfarm that could power several thousand households.

And then there is 82-year old Fernand Parau, a French mountain guide who has watched Alpine glaciers retreat dozens of metres over his long career.

The movie's title comes from a retired oil company scientist in New Orleans, thinking out loud as to how future generations might look back our era if we fail to reign in global warming.

"The Age of Stupid" (www.ageofstupid.com) will be broadcast on Monday in more than 400 US theaters.

And on Tuesday, the film -- translated by volunteers into 32 languages -- will be seen in over 60 countries in locations ranging from the futuristic Geode in Paris to an open-air screen in Vanatu, a South Pacific island nation at risk of being wiped off the map by rising sea levels.

Organisers say more than 200,000 people across the globe will watch the film, which premiered in Britain earlier this year.

"It is a simple concept: basically, 228 people invested between 500 and 35,000 pounds, and they all own a percentage of the profit," she told AFP in a phone interview.

Armstrong's aims are clear: to help turn up the volume of public pressure ahead of a make-or-break UN conference in Copenhagen in December charged with delivering a planet-saving climate treaty.

She points to other grassroots initiatives that have led to major changes: the US civil rights movement, anti-Vietnam War protests, investment boycotts that helped unravel South Africa's apartheid regime.

Science is clear on what needs to be done, she says: keep global temperatures from rising more than two degrees Celsius (3.6 degrees Fahrenheit) compared to pre-industrial times, and make sure greenhouse gas emissions peak no later than 2015.

"We have the potential to do it, the only question that remains is whether or not we are going to give it a try," she added.