Posted by plantitfilm on Tuesday, 24 March 2009 in Animals

The State of American Birds

A new report based on 40 years of data analysed by the U.S. Fish and Wildlife Service, U.S. Geological Survey, state government wildlife agencies, and non-governmental organizations including Audubon (BirdLife in the USA), shows that birds are sending an important and troubling message about the state of the environment. The report also shows that investment in conservation works, exemplified by the remarkable recoveries of waterfowl after more than 30 million acres of wetlands were restored and managed. 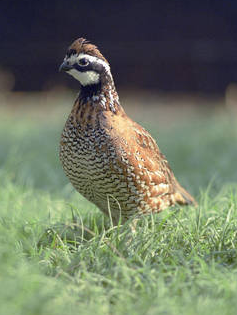 The U.S. State of the Birds report offers heartening evidence that strategic land management and conservation action can reverse declines of birds.

Wetlands: Although many wetland birds show troubling declines, conservation programs have protected millions of acres and contributed to thriving populations of hunted waterfowl, herons, egrets, and other birds. Lesser Scaup Aythya affinis, Northern Pintail Anas acuta, and several sea ducks are showing troubling declines, but most geese are increasing dramatically and many ducks have held steady.

Waterfowl: On the whole, 39 species of hunted waterfowl have increased by more than 100% during the past 40 years. Successful waterfowl conservation is a model for widespread habitat protection.

"By bringing together the data, the analytical expertise and the combined voices of government and non-governmental organisations, this new U.S. State of the Birds Report brings new power to the essential message the birds are conveying", said John Flicker, President, National Audubon Society.

"The birds' warning will be heard by more Americans than ever before – including our representatives in Congress and in our state capitols, and policy-makers in our communities." —John Flicker, President, National Audubon Society

The report also reveals sobering declines of bird populations during the past 40 years - a warning signal of the failing health of ecosystems.

Hawaiian Islands: Threatened by habitat destruction, invasive species, and disease, nearly all native Hawaiian bird species are in danger of extinction if urgent conservation measures are not implemented immediately. Since humans colonized the islands in 300 AD, 71 Hawaiian bird species have gone extinct; 10 others have not been seen in as long as 40 years.

Oceans: At least 39% of U.S. bird species restricted to ocean habitats are declining and almost half are of conservation concern, indicating deteriorating ocean conditions. Management policies and sustainable fishing regulations are essential to ensure the health of oceans.

Coasts: Half of all coastally migrating shorebirds have declined, indicating stress in coastal habitats besieged by development, disturbance, and dwindling food supplies.

Grasslands: The grassland bird indicator shows nearly a 40% decline in the past 40 years, based on birds that breed exclusively in grasslands. Farm conservation programs provide millions of acres of protected grasslands that are essential for the birds in a landscape where little native prairie remains.

Flicker concludes, "The birds are sending us a wake-up call that the habitat destruction, climate change and shortsighted environmental policies of the past are combining to take a serious toll. We must address the warming of our climate and the loss of vital habitat through policy and on-the ground action at every level. This report makes clear the need and for urgent individual, collective and government action, but leaves little doubt that taking that action can make a difference. Audubon has sent this message before, and now, thanks to all who played a role in the 2009 U.S. State of the Birds Report, the birds’ warning will be heard by more Americans than ever before – including our representatives in Congress and in our state capitols, and policy-makers in our communities."