Posted by Wolf on Sunday, 12 August 2012 in Agriculture 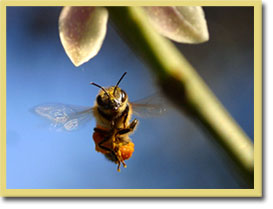 Last month, for the second time, the EPA refused to intervene to stop the use of the pesticide clothianidin, which scientists believe is at least partially to blame for the alarming rise in bee colony collapse The sudden bee die-off which has claimed about 30% of the U.S. honey bee population each year since 2006. The EPA has no plans to review clothianidin again until 2018. By then it may be too late. A public comment period is now open and citizens may share their concerns with the EPA.