SAN FRANCISCO, California -- The Center for   has formally notified the National Marine Fisheries Service of its intent to sue the agency for its failure to respond to a petition seeking to protect 83 imperiled coral species under the Endangered Species Act. These corals, all of which occur in U.S. waters ranging from Florida and Hawaii to U.S. territories in the Caribbean and Pacific, face a growing threat of extinction due to rising ocean temperatures caused by global warming, and the related threat of ocean acidification. The Endangered Species Act requires that the National Marine Fisheries Service respond to the petition within 90 days, and this initial finding is delinquent.

“Within a few decades, global warming and ocean acidification threaten to completely destroy magnificent coral reefs that took millions of years to build,” said Miyoko Sakashita, oceans director at the Center for Biological Diversity. “Timing is of the essence to reverse the tragic decline of these vitally important reefs, and we can’t afford any delays in protecting corals under the Endangered Species Act.”

Scientists have warned that coral reefs are likely to be the first worldwide ecosystem to collapse due to global warming; all world’s reefs could be ruined by 2050. When corals are stressed by warm ocean temperatures, they are vulnerable to bleaching and death. Mass bleaching events have become much more frequent and severe as ocean temperatures have risen in recent decades. Scientists predict that most of the world’s corals will be subjected to mass bleaching events at deadly frequencies within 20 years on our current emissions path.

Further, ocean acidification, caused by the ocean’s absorption of carbon dioxide, impairs the ability of corals to grow and build their protective skeletons. Therefore, global warming and ocean acidification are an overriding threat to coral reefs that have already experienced population declines from threats such as destructive fishing, agriculture runoff, pollution, abrasion, predation, and disease.

Leading coral biologist Charlie Veron warned in a recent scientific paper that at current levels of CO2 in the atmosphere (387 ppm) most of the world’s coral reefs are committed to an irreversible decline. Other scientists have warned that CO2 concentrations must be reduced to levels below 350 ppm to protect coralhttp://www.underwatertimes.com/news.php?article_id=81510930267s and avoid runaway climate change.

“The coral conservation crisis is already so severe that preventing the extinction of coral reefs and the marine life that depends upon them is an enormous undertaking. The Endangered Species Act has an important role to play in that effort,” added Sakashita. “But without rapid CO2 reductions, the fate of the world’s coral reefs will be sealed.”

Protection under the Endangered Species Act would open the door to greater opportunities for coral reef conservation, as activities ranging from fishing, dumping, dredging, and offshore oil development, all of which hurt corals, would be subject to stricter regulatory scrutiny. Additionally, the Endangered Species Act would require federal agencies to ensure that that their actions do not harm the coral species, which could result in agencies approving projects with significant greenhouse gas emissions to consider and minimize such impacts on vulnerable corals. 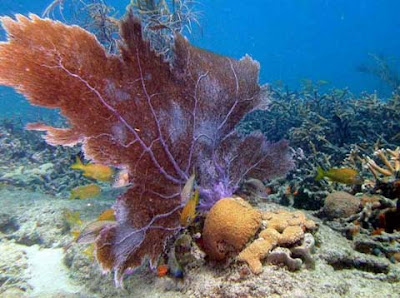