Posted by amir on Wednesday, 28 November 2012 in Air Quality 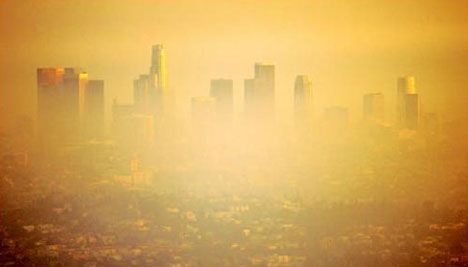 A federal appeals court has overturned U.S. EPA's latest plan for eight regions of the country, such as California's San Joaquin Valley, that still aren't meeting air quality standards for smog that were replaced more than a decade ago.

Levels of ground-level ozone, the main component of smog, are still higher in some metropolitan areas than is allowed under an old air quality standard that was replaced in 1997. In response to a 2006 court ruling that said EPA had illegally eased pollution rules by deciding not to enforce the old standards, EPA came out with guidance last summer that would leave intact the fines and other compliance measures but would drop them automatically if an area meets the newer standard.

The Natural Resources Defense Council challenged the new plan, saying it would slow down efforts to clean up the air. The U.S. Circuit Court of Appeals for the District of Columbia agreed today, deciding that EPA made the same mistake that it made the last time around.

A provision in the Clean Air Act bans what is called backsliding on air quality. There is a "one-way ratchet" toward stricter rules when EPA decides to change them, and that means EPA must check that areas are complying with both old standards and new ones, the court ruled.

"Because the attainment alternative allows violations of the 1-hour standard to continue, it makes the ratchet two-way -- a clear violation of the statute," Judge David Tatel wrote for a unanimous three-judge panel.

The court said EPA should look to Congress if it wants to get rid of the requirements of an old standard.

House Majority Whip Kevin McCarthy (R-Calif.) and three other Republicans have introduced a bill this session to get rid of the San Joaquin Valley's $29 million penalty for violations of the old ozone standard of 120 parts per billion (ppb) averaged over one hour.

EPA estimates that standard is equivalent to 90 ppb averaged over eight hours, which is higher than the standard of 84 ppb that was put in place in 1997. The lawmakers say it makes no sense to make states pay fines for the old rules when they are making progress.