Posted by plantitfilm on Sunday, 25 November 2012 in Air Quality 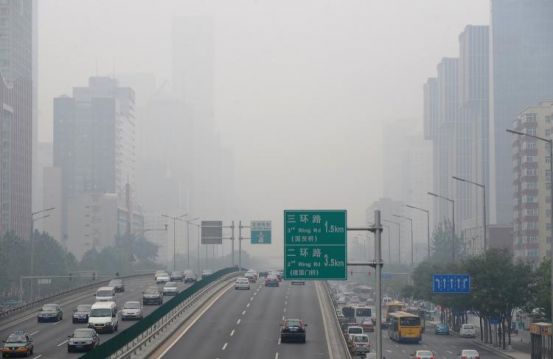 For decades, air pollution has threatened the health of people in Beijing. Brown smog hangs over the city. The sun, when you can see it, is tinged a rusty brown, like looking at a flashlight through a piece of paper. City-dwellers wear surgical masks to protect their lungs from the pollutants and other chemicals that float in the air they breathe every day.

But the people of Beijing have had enough. Under pressure from the public and the United States embassy, the city has been forced to acknowledge the problem and provide accurate information about air quality.

How it got so bad

Beijing is one of the most populated cities in the world. Between 1953 and 2010, the population grew from 3 million to about 20 million; between 2000 and 2010, the city grew by 6 million people. And providing power to all of those people is one of the main causes of the city’s pollution.

The largest coal-mining province in China – which fuels several regional power plants – is up wind of Beijing. Also contributing to air pollution are small factories that operate at night to avoid detection and environmental regulation. While there are other factors to blame for Beijing’s poor quality, industry is the worst offender.

Until recently, China’s official air-quality monitoring system was dubious. It measured only large particles in the air, but the U.S. embassy’s air pollution monitor – which measures fine particles – revealed alarming facts about Beijing’s air. On a day when the embassy’s monitor found the pollution was so bad, it couldn’t even be adequately measured, Beijing’s official report was that the air pollution was “light.”

Chinese officials tried to stifle air quality reports from the U.S. embassy, but the embassy published data on Twitter. Armed with new information about their air quality, people living in and around Beijing have put considerable pressure on the government to come clean about dirty air.

In 2011, frustrated by the government’s lack of transparency regarding air pollution, activists in Beijing pooled their money to buy an air-quality monitor, publishing their findings on Twitter. Using other platforms similar to Twitter, influential Chinese people have been calling for change and engaging the citizenry about the problem of air pollution. The government was simply unable to suppress reports about Beijing’s dangerous air and had no choice but to respond to the people’s wishes.

How it affects life

Studies done at the Hebrew University of Jerusalem concluded that people living in Beijing can expect to lose five or six years of their life based on the amount of pollution they breathe. North of the Huai River, in coal-mining territory, studies have found those areas have lower birth rates and higher mortality rates for respiratory diseases.

While some residents of Beijing have responded to pollution by wearing masks outside to fend-off toxins, the air inside can be just as bad. Residents rely on air-cleaners and air filters to keep indoor air breathable, but it’s clear that filters alone are not the answer to Beijing’s problems.

Beijing’s air quality won’t change right away, but understanding what’s in the air will help identify how to improve air quality. Shutting-down factories that violate environmental standards must become a priority for Beijing, along with exploring the use of alternative energy sources that don’t rely on coal production. Continued pressure from the public via mediums like Twitter will help ensure that the government takes action.