Posted by amir on Thursday, 15 November 2012 in Sustainable Development 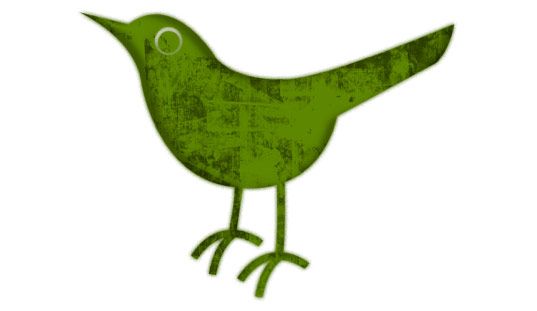 Problem: Changing the US and other countries in the world to create a green-based economy, while phasing out fossil fuels.

Solution: It will take more than government programs and incentives. Companies and other organizations need to embrace the change and can prosper in doing so.

This week's Solution column is inspired by an article and video by Robert Bell Ph.D., professor of management and chair of the Department of Finance and Business Management, Brooklyn College, City University of New York. He is the author of "The Green Bubble- Waste Into Wealth: the New Energy Revolution," Abbeville Press, New York, 2008.

He has been the keynote speaker or a panelist at numerous international conferences in Europe. Most recently, he was the keynote speaker on Moral Leadership and Green Redemption at the G20 Universal Ethics Summit, Seoul, Korea, November 9, 2010. He proposed a way for civil society - religions, university foundations, NGOs, even family foundations - to do what governments and financial markets have so far not done because of short-term thinking and conflicts of interest - finance the transition out of fossil fuel into renewable energy. He called the financial instruments to accomplish this "Green Redemption Funds."

Bell writes: "Governments, run by officials focused on their own immediate situations, have failed to provide the long term political will required by the accelerating global warming crisis. Markets, driven by hedge funds with investment horizons measured in milliseconds, have done no better. Individuals and organizations must now turn to their own moral will to solve the problem. Green Redemption Funds, with money exclusively in green technology, locked up for 99 years and all dividends reinvested, could give an answer of the same magnitude as the challenge."

For a video of his Seoul G20 speech click here.
He wrote the column below for the Paris Tech Review in April 2010, before the Obama administration energy policy was laid out, and he now is disappointed in the strength of the Obama green policy, including the continuing drilling for oil in the Gulf of Mexico.

In a recent interview I had with Dr. Bell, he expressed his great disappointment in the current administration's efforts to transition the US to a working green economy, but he suggests that private companies take advantage of a coming "Green Bubble."

I am more optimistic that the Obama administration, even with their hesitations and backward steps, is committed in the long term to making a new green economy to revive manufacturing and create a new industry and permanent jobs. Just yesterday, the Obama administration called for the end of tax breaks of $36.5 billion  to oil companies in his new 2011 budget, while boosting funding for renewable energy. He has tried to end this ridiculous subsidy two other times, but was shot down by the fossil fuel lobby and their fellow travelers in Congress in both parties. Maybe the third time will be a charm, but it also gives you an idea of what this administration or anyone else is up against when you are trying to phase out the fossil fuel industry.

I also know, based on past attempts of government incentives for reform, that unless private companies as well as nonprofit and other organizations also invest time and energy in the new US green economy, the government programs and incentives will wither and be killed off by the entrenched fossil fuel companies and their lobbyists. The fossil fuel industry has proven over and over to be a formidable international enemy of change. Dr. Bell's insightful work hopes to bring all these groups together to solve the world's fossil fuel dilemma despite powerful fossil fuel corporations and their protectors in national governments.

I believe, as the article below illustrates, that companies ignore this new green bubble at their peril. I also believe that this could lead to a very important government and national solution that directly relies on the private sector to step up to the challenge for their country while actually having an economic incentive to do so - doing good while doing well. Often, federal government solutions will only work with innovative companies and others, such as nonprofit organizations in the private sector, which are willing to change the previous tired formulas and embrace the future. The Obama administration's push for this new green economy, which is weak and in its infancy, is just a start. Will there be enough innovative companies, like the ones which embraced the dot.com revolution, to break through the old fossil fuel world? One can hope that Bell's new "Green Bubble will appear in time.