Posted by babrown on Sunday, 11 November 2012 in Water Conservation 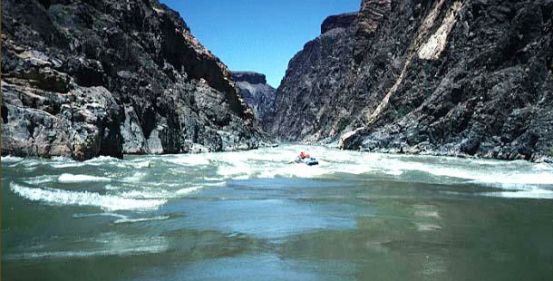 “Water, water everywhere, but not a drop to spare.” As a child, this rhyme along with its alternate versions was a common chant sung at the playground. Not much thought was ever given to the words; it was simply a fun phrase everyone seemed to know. Now, these words carry a much heavier meaning. The words have not changed, but now this phrase brings uneasiness. Perhaps it is because I’m less ignorant than my childhood self or maybe the world has changed enough that this phrase now seems more like an omen then a song.

Water seems to be at abundance. Water in bottles, hoses, sinks, toilets, and showers. Water in fountains, rivers, lakes, ponds, and oceans. Water on the ground, in the air, anyway you want it. Water literally seems to be “everywhere.” Yet the Colorado River is more than 130 feet lower than it once was. According to Brad Udall, director of the University of Colorado Western Water Assessment the river’s flow will decrease five to twenty percent over the next few years. At that rate there will soon be a time that there won’t be any extra water to spare.

Some of the water shortage is due to climate changes, but a major part is also because over 30 million people rely on the Colorado for their main water source. To counter this, Denver began their water campaign in the 1920’s mailing out advertisements and posting signs urging citizens to conserve and not waste water. Today they continue to urge Denver citizens to conserve water by replacing sinks and toilets with more efficient versions. There’s also a list of simple ways to conserve water by flushing less often, turning off the water while brushing your teeth and, running the dishwasher only when it is full. More tips and ideas can all be found on the Denver's Conservation website: http://www.denverwater.org/Conservation/TipsTools/.