Posted by amir on Sunday, 04 November 2012 in Wildlife Conservation 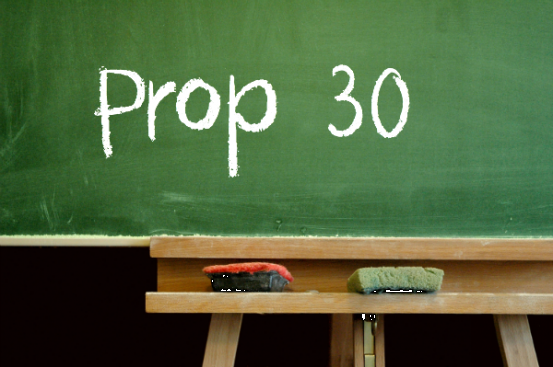 For a decade, the state legislature and three different governors have struggled to close a troubling state budget gap. In recent years, programs ranging from public healthcare to wildlife management have suffered cuts. Earlier this year, the legislature and the governor agreed on a budget that depends on raising new revenue to avoid another round of extraordinary cuts that would hit education and the environment hard. That new revenue will come from passage of Proposition 30.

Proposition 30 will temporarily—for seven years—increase the income-tax rate on individuals who earn more than $250,000 a year. For four years, it will also raise the sales tax by a quarter of a cent. Together this will provide about $6 billion a year for four years and slightly less for an additional three years.

This new revenue will help close a budget gap and ensure that certain programs will continue to be funded. Looking only at the environmental issues in question, Sierra Club California supports Proposition 30 for two main reasons.

First, without Proposition 30, the 2012/2013 state budget would be $6 billion short. That means a series of “trigger” cuts would go into effect. Among those would be serious cuts to the budgets of environmental agencies and agency services. In short, in the very near term, environmental programs would suffer.

Specifically, the Department of Fish and Wildlife, already running short of the number of game wardens, biologists and other personnel needed to appropriately manage the state’s natural resources, would suffer $4 million in cuts to its current budget. Cal Fire, the agency responsible for, among other things, overseeing timber harvest plans on millions of acres of private forest lands, would be cut by $10 million. The Department of Parks and Recreation, which already suffers a backlog of maintenance expenses, would face $2 million in cuts. Other programs that can affect the environment or the ability for people to safely enjoy the environment would see up to $12 million in cuts.

Second, without Proposition 30 and the possibility of additional revenues it promises for at least seven years, the legislature and the governor would continue to be trapped in a cycle of deep budget cuts every year. This would have direct fallout for the environment. For instance, environmental programs and agencies would continue to suffer budget cuts, and agencies would not be allowed to fill staff positions to do the work needed to meet California’s environmental-protection goals.

It would also have indirect fallout for the environment. As we have seen in recent years, some legislators who do not care about the environment, and the polluting industries that support those anti-environment legislators, use the budget gap as an argument for rolling back environmental protections. If Proposition 30 fails, Californians will face greater threats to those protections that try to deliver clean air and clean water, and protect natural areas for recreation and wildlife habitat.

Proposition 30 has drawn support from a range of interests who often don’t see eye to eye on issues. There is a simple reason for this: all these interests recognize that California needs new tax revenue to support the range of services the government provides. Proposition 30 will help support these services, including education, public safety, and environmental protection.

Tagged in: California voting Department of fish and wildlife Parks and Recreation Proposition 30