Posted by henryfool on Saturday, 03 November 2012 in Food

Going Bananas Over Climate Change? You Might Have To
Our old staple and friend the potato has had a good run but, thanks to climate change, we may in the future have to find other food sources to underpin our diets — and the banana family is one likely candidate. 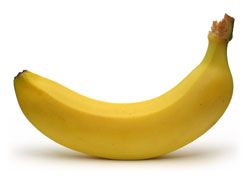 Researchers from the Consultative Group on International Agricultural Research (CGIAR) have projected effects of climate change on 22 of the world’s most important agricultural commodities, and the results tell us we may be in for some very big changes in the kinds of foods on which we rely.

CGIAR researchers say that, based on current climate trends, we might soon witness a rapid production success decrease in the world’s three biggest calorie yielding crops, maize, rice and wheat, and that this change will impact developing countries particularly hard.

The potato, a cooler climate-loving stalwart, is also likely to suffer as temperatures increase and the weather, if predictions hold true, becomes more volatile.

As such, the CGIAR says we may have little alternative but to turn to other sources of vital nutrients that are better suited to the newly changed climate — and they think the banana family could be perfect, even at higher altitudes that have usually been the domain of potato farmers. Another might be plantains.

Reports the BBC:
Dr Philip Thornton is one of those behind the report. He told BBC News that while bananas and plantains also have limiting factors, they may be a good substitute for potatoes in certain locations.

“It’s not necessarily a silver bullet, but there may be places where as temperatures increase, bananas might be one option that small-holders could start to look at.”

The central issue producing countries face is that Western demand  for things like cotton, maize and soybeans has meant that wheat has been relegated to less than ideal land. Previously, where the wheat crop was able to tolerate such hardships, climate change may increase the stresses until the crop will fail. For countries that rely on surplus wheat as a staple, this could be doubly as serious.

With an increasing dependence on soybean production which, as soybeans are very sensitive to temperature change, would have to be dramatically scaled down should the world’s temperature continue to rise, finding an alternative source of other protein-rich food will also be necessary. A candidate for that role might be the cow pea or, as it is more commonly known in certain parts of the world, the black-eyed pea.

Farmers in certain parts of Africa have already made this switch, finding the pea much easier to cultivate.

The banana’s new place of importance might also help save and indeed boost banana production and economies in nations like Zimbabwe where they have seen a significant decline, this attributed, largely, to a failure to properly manage banana estates after the land redistribution program of 2000. Other factors have included a failure to address disease control among the crops and a general shift in focus toward other foods.

What is perhaps the most interesting point this news brings us is the realization that we must be pro-active in considering what post-climate change foods will be available and easy to cultivate, saying much about how we are now thinking of climate change not as something to stave off but, while taking every step to try and limit its impact, a sad inevitability for which we must now prepare.