Posted by redmonkey on Thursday, 07 March 2013 in Earth Violators 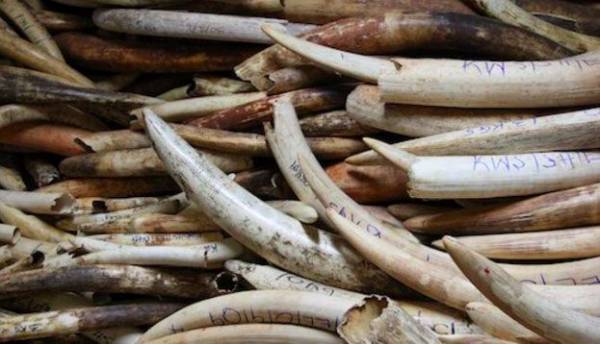 E-commerce has disrupted a number of industries, but it's only helped expand the global market for items made of illegal African elephant ivory. Online sales listings for items made of the highly-coveted tusks of African elephants have increased in recent years, showing up on eBay, Google Shopping and numerous other online forums, according to conservation advocacy groups. Many of the groups are gathering this week in Bangkok, Thailand, for a summit to revise international wildlife trade agreements. While they say eBay has made progress in shutting down ivory sales on its websites around the globe, one nonprofit, the Environmental Investigation Agency (EIA) faults Google for not doing enough in responding to concerns, and says Amazon is next on its list.

The EIA published a statement on its website Monday saying it found 10,000 ads for ivory products and another 1,400 for whale products on Google Shopping in Japan. The organization also sent Google a letter addressed to CEO Larry Page in late February asking the company to remove these ads, but says the company has not yet done so, or even responded to the letter.

"We want Google to permanently remove the ads across from Google Japan shopping but also to ensure all other Google shopping sites do not sell these or other threatened species products," wrote Allan Thornton, president of the EIA's US operation, in an email to The Verge on Tuesday. "We also want Google to have a designated person to ensure strict compliance of products prohibited for trade on Google shopping."