Posted by Tiny on Friday, 08 March 2013 in General Environment 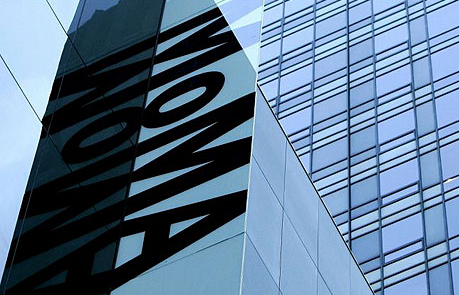 Klaus Biesenbach, the chief curator at large at the Museum of Modern Art, and the director of MoMA PS1, the museum’s outpost in Long Island City, will devote the next six months to EXPO 1: New York, a sprawling exploration of the current state of the environment  and social and political change.

The festival’s centerpiece is “Dark Optimism,” a show by about 35 contemporary artists based on the notion, attributed by the museum to the editor of Triple Canopy magazine, that we are on the brink of both the apocalypse and a technological transformation that promises a brighter future. Adrián Villar Rojas, Meg Webster, Agnes Denes, Anna Betbeze and the Fluxus performance artist Joseph Beuys are among the artists whose works are included in the exhibition, which opens at MoMA PS1 on May 12 and runs through Sept. 2.

EXPO 1: New York, Mr. Biesenbach said in a statement, “focuses on some of the most pressing issues of the day set against a backdrop of economic and socio-political concerns that have made a dramatic impact on daily life.”

Also among the festival’s offerings is an exhibition of Ansel Adams’s nature photography, drawn from MoMA’s collection; a group exhibition of New York-based young artists, curated by Josh Kline, and EXPO Cinema, which the museum describes as “an evolving program” that will draw on film, video art, games, advertising, pop culture and material created by online visitors.

In addition to the art and video exhibitions at MoMA PS 1, the festival will include a component at the VW Dome 2 – a temporary cultural and educational center in the Rockways, at the southern end of the parking lot between Beach 94th and Beach 95th Streets. Lectures, art exhibitions, video screenings and performances will be presented at the dome in partnerships between the museum and arts organizations in the Rockaways and elsewhere in Queens. 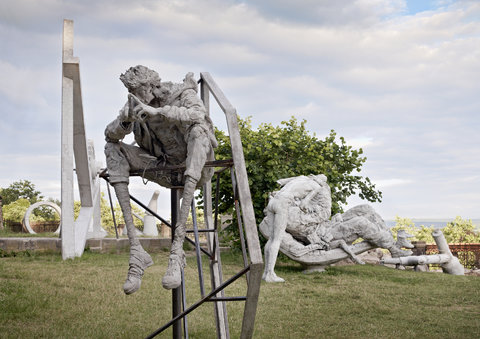 In April, MoMA PS1 will present a series of talks there, also streamed online, about architecture and the environment. The focus of the talks will be the 25 winning proposals selected from those submitted in response to the museum’s call for ideas about sustainable waterfront planning and construction, including alternative housing models, rebuilding the boardwalk, protecting the shoreline and community engagement. The proposals, which must be in form of a video under three minutes long, are due next Friday.

EXPO 1 will also include a series of daily lectures, starting May 12, by artists, writers, technologists, economists and ecologists who will discuss the future as they would like to see it. And the Argentine  architectural firm a77, which is known for building with recycled and salvaged materials, has been commissioned to build a colony for artists, architects and thinkers  who will inhabit it for the duration of the exhibition  in the courtyard of MoMA PS1.