Posted by Wolf on Tuesday, 09 April 2013 in Agriculture

About a third of US rivers contaminated with agricultural runoff 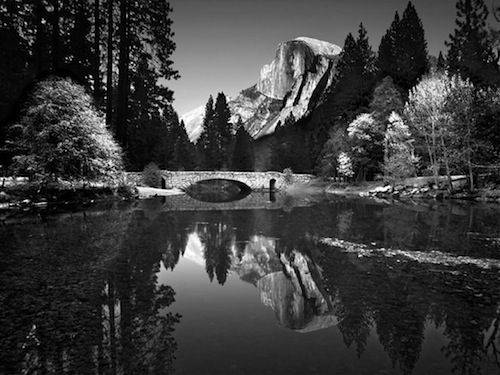 One quarter of the US' rivers and streams have fish with elevated mercury.

At least our rivers don’t light on fire anymore. Inspired by a well-publicized fire on the Cuyahoga River in 1969, the passage of the Clean Water Act in the US led to huge reductions in water pollution. Despite those positive strides, maintaining water quality requires ongoing attention. A new survey of streams and rivers, performed by the EPA, provides a greater sense of the scale of the challenge. While industrial pollution, like mercury, remains a concern, agricultural runoff, in the form of sediment and fertilizers, is now far more widespread.

Water quality monitoring is performed by states using a variety of methods, which can make it difficult to accurately compile the national picture. The US Environmental Protection Agency has started carrying out nation-wide surveys to provide consistent, standardized snapshots of water quality. Following on the heels of the 2006 Wadeable Streams Assessment, the EPA recently released a draft comprehensive survey of streams and rivers.

The legwork was carried out in 2008 and 2009 by 85 crews that visited 1,924 sites in the lower 48 states. The sites were selected at random using an algorithm that ensured a representative sample. At each site, crews evaluated the stream’s surroundings, inventoried the species present, and collected samples for chemical analysis.

To turn all this data into a simplified assessment of stream health, ratings of “good”, “fair”, and “poor” were assigned. The tricky part is settling on a definition of what constitutes “good”. Good relative to its neighbors? Or what it could be if human impacts were limited? Or what it was like before human modification?

The survey looked at several physical indicators of stream quality, such as the condition of the riparian zone beside the stream, the amount of sediment washing into the stream, and the quality of fish habitat (like hiding places). Along 15 percent of the roughly 1.2 million miles of streams and rivers in the contiguous United States, excess sediment is problematic—blanketing the streambed with fine mud and clogging up the nooks and crannies many organisms rely on. Nearly a third of streams were rated as having fair or poor fish habitat.

Excess nutrients—from agricultural runoff or sewage treatment plants—can really do a number on water bodies. Apart from empowering ecosystem take-overs by invasive species, high nutrient levels can cause massive blooms of algae. The decay of those algae—once they die—can use up oxygen and suffocate fish. The survey found that 28 percent of the nation’s stream length has high concentrations of nitrogen, and fully 40 percent has too much phosphorus.

The numbers for fish and algae were slightly better—for each, about 40 percent of streams were good and 40 percent were poor.

So what can we do to work towards healthier streams? The EPA group analyzed the data for the characteristics that were most widespread and had the greatest biological impact—the problems that provide the biggest levers on water quality improvement. Three stood out: nitrogen, phosphorus, and excess sediment. For example, sampling locations with high phosphorus were 50 percent more likely to be in poor biological condition. By reducing the amount of sediment and these nutrients in streams, we could see noticeable gains in stream water quality.

The assessment also considered two factors with direct human health impacts: mercury and fecal pathogens. Mercury—which is released from things like coal-burning power plants—in fish is a widespread problem that dictates the health advisories on how much fish anglers can safely eat. The mercury sampling was relatively limited—characterizing only 51,500 miles of streams. But along a quarter of those stream miles, the amount of mercury in fish exceeded the EPA safety standard for average fish consumption.

Bacteria associated with fecal material were present above levels EPA considers safe in 9 percent of streams. The bacteria themselves aren’t the problem so much as the difficult-to-measure pathogens that accompany them. Those pathogens sometimes shut down public beaches, but warnings aren’t available for other places where people may wade or swim.

In order to squeeze the most value out of this data, EPA will have to repeat this effort to monitor changes over time. The next round of sampling is scheduled for 2013-2014. In the meantime, streams aren’t the only surface water bodies getting attention—similar assessments for the nation’s lakes, wetlands, and coastal waters are underway. Surveys like this can motivate action (who wouldn’t like to see healthier waters and fish that don’t need mercury warnings?) but they can also guide that action by prioritizing which problems to tackle first. While there’s good news in these reports, there is also clearly room for improvement—and when it comes to water quality, the bar should be set pretty high.