The Risk of Tar Sands and Pipelines 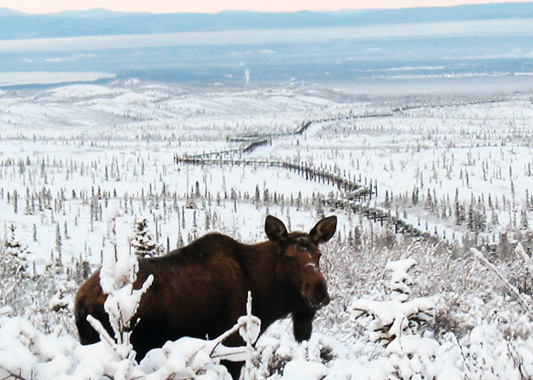 An oil pipeline rupture on March 29 poured thousands of barrels of heavy crude petroleum into the streets of Mayflower, Ark., focusing the environmental debate over the Keystone XL oil pipeline back on the risks of spills.

It was fears of a devastating spill in the environmentally sensitive Sandhills region of Nebraska that held up quick approval in 2008 of the pipeline designed to move crude oil from Western Canada’s tar sands to Gulf Coast refineries. But in recent months, environmental objections to the pipeline have centered mostly on the potential effect on climate change from expanding production in Alberta’s tar sands.

Environmentalists say the breach of the 1940s-era Pegasus pipeline in Arkansas is a reminder of the inherent risks of transporting oil by pipeline — especially the bitumen mined from the Canadian tar sands that critics insist is more corrosive and harder to clean up than conventional petroleum. Keystone opponents formed a coalition this week to launch a new media blitz that more prominently highlights the tangible dangers of pipeline spills.

The pipeline industry insists there is no evidence that oil produced in the tar sands and diluted for pipeline transport is any more corrosive than conventional petroleum. And the Keystone pipeline’s developer, TransCanada, says the new pipeline would bear little resemblance to the 65-year-old artery that ruptured in Arkansas, which operator Exxon Mobil Corp. says it last inspected in February.

TransCanada says Keystone XL would employ state-of-the-art technology to avoid spills, including 57 special safety controls such as remote-controlled shutoff valves and thicker pipe at river crossings. The company also said the pipeline would be subject to more frequent inspections.

Critics say the industry has it both ways. While the regulatory system for pipeline operations treats the heavy Canadian oil no differently than conventional oil, a provision in the tax code can allow tar sands importers to avoid paying an excise tax that supports a spill cleanup fund.

“It’s really calling them on their own illogic,” Holt said.

Environmentalists point to the imperfect safety record of the current Keystone line, which has been delivering viscous tar sands crude from Canada to Illinois since 2010, as reason enough for concern.

Environmental groups have recently been pushing federal regulators to develop rules that would treat tar sands pipeline transport separately from that of conventional crude. Just three days before the Arkansas incident, a coalition of organizations petitioned the country’s chief pipeline regulator, the Pipeline and Hazardous Materials Safety Administration, and the EPA to develop regulations that address the unique characteristics of tar sands crude. Companies are not required to notify regulators about what type of crude oil they are transporting, a spokesman for the pipeline regulatory agency said.

“The simple fact is that there’s been a surprising lack of due diligence by both industry and government regulators,” said Anthony Swift, a Natural Resources Defense Council attorney who works on pipeline safety issues.

A 2012 law (PL 112-90) that reauthorized the pipeline regulatory administration also increased maximum fines for safety infractions and mandated a study of whether there is a higher risk of failure for pipelines moving diluted bitumen.

Swift said the pipeline agency set the scope of the study “as narrowly as possible” to focus on whether diluted bitumen creates a greater risk for pipeline rupture than other types of liquid petroleum. Environmental advocates complain the review process will not include new research on the behavior of tar sands during pipeline transport, instead relying on existing industry-sponsored studies.

“I think you really do need to have a sense of what you’re dealing with before you can adequately increase the strength of regulations,” he said.

The Association of Oil Pipe Lines contends on its website that “there is simply no evidence pipelines carrying diluted bitumen behave any differently than a pipeline carrying conventional crude oil, or that diluted bitumen is more corrosive than other crude oils.

“Pipeline operators don’t build multi-billion dollar assets to then destroy them with a corrosive product,” the trade group added.

Environmentalists argue that, once spilled, the diluted bitumen is harder to clean up.

“We saw that with Kalamazoo,” Swift said, referring to the 2010 tar sands spill into the Michigan river that the EPA is still having difficulty cleaning up. The National Academy of Sciences is expected to publish the findings of a study into that question next spring.

West Virginia Democrat Jay Rockefeller, chairman of the Senate panel with jurisdiction over pipeline infrastructure, said he remains concerned about the spate of pipeline breaches while the pipeline administration works to implement the 2012 law.

“The industry must do a better job,” he said. “And we must hold it accountable.”