Posted by rackfokus on Friday, 26 April 2013 in Air Quality

Air Pollution Linked to Life-Threatening Hardening of the Arteries 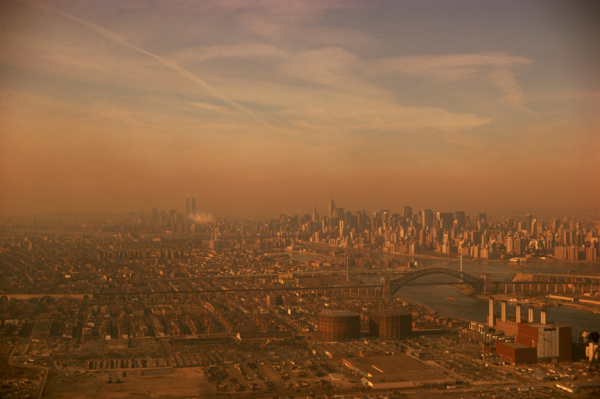 Long-term exposure to air pollution may be linked to heart attacks and strokes by speeding up atherosclerosis, or "hardening of the arteries", according to a University of Michigan public health researcher and colleagues from across the US.

Sara Adar, the John Searle Assistant Professor of Epidemiology at the U-M School of Public Health, and Joel Kaufman, professor of environmental and occupational health sciences and medicine at the University of Washington, led the study that found that higher concentrations of fine particulate air pollution (PM2.5) were linked to a faster thickening of the inner two layers of the common carotid artery - an important blood vessel that provides blood to the head, neck and brain.

Conversely, they found that reductions of fine particulate air pollution over time were linked to slower progression of the blood vessel thickness.
Their research is published in this week's PLOS Medicine.

The thickness of this blood vessel is an indicator of how much atherosclerosis is present in the arteries throughout the body, even among people with no obvious symptoms of heart disease.
"Our findings help us to understand how it is that exposures to air pollution may cause the increases in heart attacks and strokes observed by other studies," Adar said.

The researchers followed 5,362 people ages 45-84 from six US metropolitan areas as part of the Multi-Ethnic Study of Atherosclerosis and Air Pollution (MESA Air). The researchers were able to link air pollution levels estimated at each person's house with two ultrasound measurements of the blood vessels, separated by about three years.

After adjusting for other factors such as smoking, the authors found that on average, the thickness of the carotid vessel increased by 14 micrometers each year. The vessels of people exposed to higher levels of residential fine particulate air pollution, however, thickened faster than others living in the same metropolitan area.

"Linking these findings with other results from the same population suggests that persons living in a more polluted part of town may have a 2 percent higher risk of stroke as compared to people in a less polluted part of the same metropolitan area," Adar said.
"If confirmed by future analyses of the full 10 years of follow-up in this cohort, these findings will help to explain associations between long-term PM2.5 concentrations and clinical cardiovascular events."

Read the study at PLOS Medicine.