$660 Million To Solar Projects In Middle East and Africa 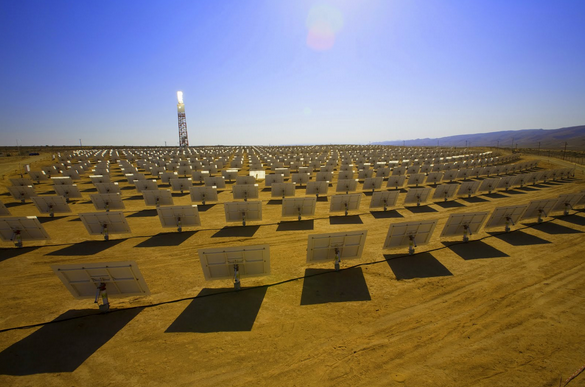 Law360, New York (May 07, 2013, 5:52 PM ET) -- A pair of investment funds that provides financing for global renewable energy projects has agreed to give $660 million to a blockbuster solar power energy plan for the Middle East and North Africa, the funds said Tuesday.

The Climate Investment Funds, two private investment vehicles with a combined $7.6 billion in assets, said they would provide the financing for Algeria, Egypt, Jordan, Libya, Morocco and Tunisia to create a combined 1,120 megawatts in solar power facilities. The countries will receive the financing from the CIF's Clean Technology Fund, the fund group said.The plan was first approved by the CIF in 2009, but faced an uncertain future after the Arab Spring protests. The CIF said it had revised the plan to account for the geopolitical changes, as well as progress from the first solar plant under construction, the 160-megawatt Ouarzazate I facility in Morocco.“The changes suggested by the countries in the plan make it a more viable and flexible plan which takes into account the realities each of these countries face,” said Mafalda Duarte, African development coordinator for the CIF's main stakeholders, a group of multilateral developments banks. “We can all look to this revised plan as both a signal of hope for the forward economic and social movement in the region built on renewable energy, and a more realistic blueprint for the evolution of renewables as a potent engine of power globally.”The revised plan includes new concentrated solar photovoltaic technologies and increases the total generating capacity from the original projection of 895 megawatts. The countries involved also agreed to reduce the amount of direct funding by the CIF from $750 million to $660 million, the CIF said.The projects will be primarily funded by other donor organizations and private financiers in the region. The CIF estimated that the solar developments will leverage an additional $5 billion from outside donors through public-private partnerships, direct public-sector involvement and agreements with independent power producers.Morocco will receive the most funding from the CIF — roughly $218 million for its 300-megawatt Ouarzazate II solar project to complement the first development. The CIF agreed on Friday to the revised plan put forth by Mustapha Bakkoury, president of the Moroccan Agency for Solar Energy.“We are looking forward to seeing more involvement by this kind of financing in the coming years, and hope it will help continue the dynamism of the solar power sector and its competitiveness with wind and other energy sources, including fossil fuels,” Bakkoury said in a statement.Egypt will receive $123 million for its 100-megawatt Kom Ombo project, while Tunisia will get $62 million for its Akarit solar development, the CIF said. Tunisia has said that the Akarit facility, which is projected to have 50 megawatts of capacity, may be increased to 100 megawatts.The CIF will also give Jordan $50 million for up to 100 megawatts of concentrated solar photovoltaic generating capacity, though the country doesn't have a specific project laid out. The group also added a $10 million technical assistance component to the new funding plan.--Editing by Andrew Park.