Posted by eljorita on Monday, 03 June 2013 in General Environment

What to Think of Apple's Hire of EPA Lead Lisa Jackson 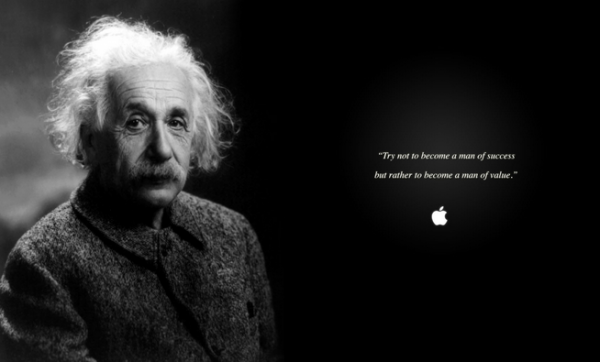 So why would Apple hire her? Rago suggests that Apple executives, who are being dragged in front of congressional committees for obeying tax laws and making money, might think bringing Jackson on board would insulate them from the political attacks. At the Washington Examiner, Tim Carney asks: “Will Jackson’s job be about chasing subsidies for the renewable investments Apple is already making?” Whatever the reason, if her past experience is any indication, even with the best of intentions it will be counterproductive and costly.

After the 2008 presidential election, when Barack Obama began putting his team together, he sent the clearest message on what to expect from his administration with one nomination in particular. No, it wasn’t Hillary Clinton at State and the rather silly “team of rivals” message he tried to send by hiring fellow Democrats. It wasn’t his decision to keep Robert Gates as defense secretary, since it was still unclear what national security policy Gates would be presiding over.

The clearest message he sent was in choosing Lisa Jackson to lead the Environmental Protection Agency–a foreshadowing of suffocating regulation and government control, unaccountable bureaucracy, and a defiant secrecy that would make a mockery of the rule of law and standards of transparency. Jackson–who has just been hired by Apple as an environmental advisor–may have shamelessly pursued unconstitutional power grabs and earned a congressional investigation for using an alias email address in her dog’s name while at EPA, but none of that would have been a surprise to those in Jackson’s previous jurisdiction: New Jersey.

Before coming back to the federal EPA, Jackson ran the New Jersey Department of Environmental Protection during the Corzine administration (before becoming Corzine’s chief of staff). Though Jackson seems to have steered clear of the corruption around her, the state’s environmental apparatus has played an important role in Jersey’s corrupt state Democratic machine, which went something like this: miles of red tape were backed up by the use of obscure and blatantly irrelevant laws to make building a structure–home or commercial–in many cases close to impossible. That enabled politicians and bureaucrats at various state agencies to go looking for bribes and kickbacks to cut through that tape or to change zoning laws to increase favored property values.

The regulations won bureaucrats high marks from environmental lobbies, but they didn’t actually make anybody safer because they were bypassed by greasing the wheels. When such corruption schemes were busted, as one high-profile one was in 2009, suddenly thousands of residents all over the state had no idea if their buildings were safe, because the building inspectors were also bribed. And then on top of that, the corrupt politicians routinely win the endorsements of the environmental groups that push for the rules that don’t get enforced, encourage corruption, and reduce everyone’s safety.

None of this is to suggest that Jackson has ever done anything illegal, only that her penchant for regulation doesn’t accomplish its goals but does enable corruption and makes life more difficult for honest folks. A good example of the latter is this Star-Ledgercolumn from 2008 by Paul Mulshine, explaining what happened to Hunterdon County homeowner Nick Scamuffa. He spent $12,000 and got all the necessary permits to install a wood-burning heating system at his home. Soon county officials egged on by Jackson’s DEP showed up unannounced and demanded he shut the heating system down without explaining to him what laws he’d crossed.

He wasn’t the only one, and soon hundreds of residents with such heating systems–all perfectly legal–were demanding answers. These homeowners soon found out that they were being hassled under a 1977 law regulating commercial wood-burning heating systems that “specifically excludes one- and two-family dwellings.” But the NJ DEP decided that since the wood-burning furnaces sit outside the main structure, they could pretend they were commercial and harass Scamuffa’s 80-year-old mother (and hundreds like her) into deactivating her home heating system.

When Mulshine got an air-quality official at the DEP on the phone to explain, he said there are newer furnaces that burn cleaner than the old ones. Mulshine scoffed:

That’s great. And if the DEP wants to push for a law requiring that new technology in new construction, that would be a valid issue for the Legislature to consider. But this heavy-handed enforcement occurred on Jackson’s watch at DEP, which she headed until this month. And if this is typical of the approach she plans to take as head of the Environmental Protection Agency, then everybody in America is going to get a chance to see what it’s like to live in New Jersey.

I don’t think they’re going to like it quite as much as we do.

That’s about right. The Wall Street Journal’s Joseph Rago sums up Jackson’s tenure this way in a reaction to the news of her new job at Apple: “At the EPA Ms. Jackson proved to be an especially abusive and willful regulator, even for the Obama administration, and her epic rule-making bender continues to drag on economic growth. But nothing about her career suggests any expertise in technology; prior to her EPA posting Ms. Jackson was a political functionary in New Jersey and New York.”