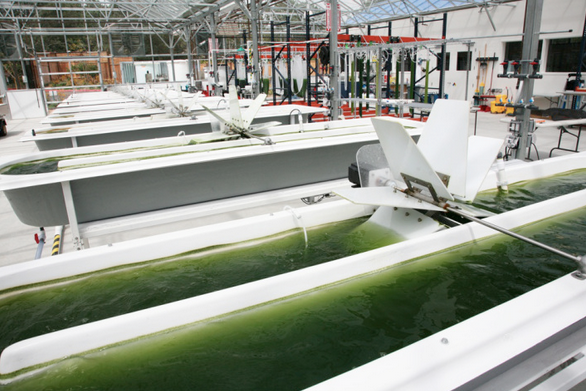 Earlier this week, Exxon announced that while it wasn’t throwing in the towel, it would be forced to restructure its algae research with partner California-based Synthetic Genomics Inc (SGI).

When the two launched their algae-derived biofuels program in 2009, Exxon planned to invest around $600 million with the goal of developing algae fuels within 10 years. (Related article: Investment Boost for Next Generation Biodiesel Project)

But it’s been more complicated than expected, and after $100 million down the drain, it has become clear that much more research—and at least another decade and half—are needed.

Exxon spokesman Charles Englemann told Bloomberg that the partners had “gained significant understanding of the challenges that must be overcome to deliver scalable algae-based biofuels.”

What they were hoping to achieve on a commercially viable scale was the exploitation of algae as a source of oil that could be converted in existing refineries into transportation fuels.

According to Synthetic Genomics’ Chief Technology Officer James Flatt, the research has demonstrated that simple modifications of natural algae are not sufficient for commercial scale production. Research will now be shifted to focus on developing new strains of algae that can reproduce quicker. Or simply put, they will need to change the metabolism of algae. (Related article: Waste Wood: Norway Taps into a Huge Source of Biomass Fuel)

For SGI, it means a new agreement that allows it to get rid of the market pressure and focus on real research, getting back to the basic science. Exxon and SGI announced a new co-funding agreement that will bring their relationship into the above-mentioned phase II.

What does it mean for algae? It’s still growing on everyone, but there’s no commercial quick fix.