Who's Helping The Giraffe 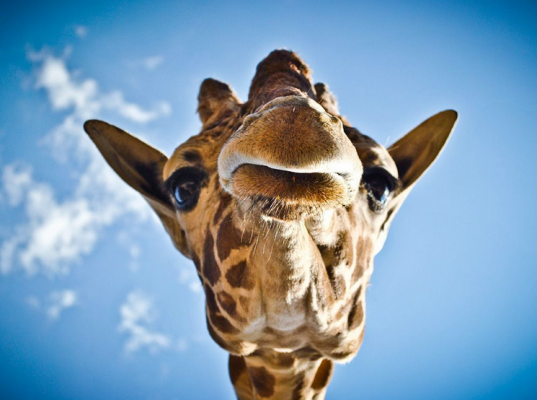 Just two year's before his assassination, Julius Caesar brought to Rome one of the world's most astonishing living creatures: a giraffe. The animal was among Caesar's spoils from his campaign in Egypt and according to the Roman writer, Dio, the giraffe, which was arguably the first to ever touch European soil, was paraded in the Circus for all to see. Today, over two thousand years later, the giraffe has become one of the world's most recognizable animals: after all nothing looks quite like it with its spotted coat, tufted horns, and, most importantly, that impossibly long neck. But less commonly known is that the giraffe is in trouble with some subspecies down to just a few hundred individuals.

"Two giraffe (sub)species have been classified on the IUCN Red List as 'Endangered'—the West African giraffe (<300 individuals) and the Rothschild’s giraffe (<700 individuals). However, sadly, there may be other populations threatened—if not all of them, as we are only starting to get a good feel on numbers and range. As an example, the Nubian giraffe in Ethiopia and maybe South Sudan would number less than the Rothschild's giraffe," explains Julian Fennessy, a conservation scientist and co-founder with the Giraffe Conservation Foundation (GCF), in a recent interview with mongabay.com.

Just as giraffe populations are falling in some parts of Africa—along with many of the continents big mammals—Fennessy says scientists are only beginning to untangle giraffe taxonomy. Currently all giraffes are lumped into one species and nine subspecies, but genetic research may reveal that at least some of these subspecies are in fact distinct species.

"I am not a taxonomist but based on our ongoing research for the past decade we are coming up with some new and interesting findings," he says. "At the moment it is still generally accepted that there is one species and nine (sub)species, although work by colleagues published in 2007 indicated that there might be reason for splitting into different species—and even more recently some spilt them into eight species!"