Posted by amandaevans on Tuesday, 09 July 2013 in Energy Efficiency

Nuclear Energy, Can It Be Cheap?

Is it safe? That’s what most people — brought up on Three Mile Island, Chernobyl and The Simpsons — want to know about nuclear power. And for the most part, the answer is yes. Accidents are rare, and those that have occurred — including the partial meltdown in Fukushima, Japan, in 2011 — have resulted in few deaths. On a megawatt-per-megawatt basis, nuclear kills fewer people than almost any other source of electricity — especially compared with air pollution from coal, the single biggest supplier of electricity in the U.S., which contributes to the deaths of 14,000 Americans each year. And nuclear energy, unlike every other form of electricity — save hydro and renewables, doesn’t contribute to man-made climate change.

But while nuclear energy supplies about 13% of global electricity — and dozens of new reactors are being built in countries like China, India and Russia — in the U.S. and much of the rest of the developed world, nuclear energy is in retreat, with new reactors on hold and aging ones being retired. And while fears of accidents and radioactivity clearly play a role in that decline, cost is an even bigger factor. Existing nuclear reactors produce inexpensive electricity, but the price of a new nuclear plant keeps ballooning, with reactors running billions over budget, forcing some utilities to abandon projects in midconstruction. Nuclear plants — most of which are derived from Cold War–era designs — actually became more expensive as they scale up, with larger plants requiring bigger and stronger containment domes that used expensive concrete and steel. Outside of France, nuclear plants largely weren’t standardized, which meant that nearly every reactor was produced bespoke — much like buying a suit from a tailor instead of off the rack. Add in the fact that the economic costs of an accident could be enormous even if the human costs weren’t — the Fukushima meltdown, which killed no one, could cost more than $100 billion — and you have a very expensive way to generate electricity. With the fracking revolution pumping out cheap natural gas in the U.S. and renewables preferred in much of Europe, nuclear will remain in decline in the developed world unless it can get cheaper.

The key, suggests the Breakthrough Institute in a new report, is the development of entirely new reactor designs, ones that can employ modular, mass-produced components with inherent safety characteristics that eliminate the need for the expensive backup systems that have helped inflate the costs of new plants in the past. (One of the think tank’s co-founders, Michael Shellenberger, appears in a new pronuclear documentary, Pandora’s Promise — I reviewed it here.) Current nuclear designs require — correctly — layer after layer of backups and safety systems to prevent meltdown in the event of a loss of power. (We call it a meltdown for a reason — if a current nuclear plant loses power, as the Fukushima Daiichi plant did after the 2011 earthquake and tsunami, it can lose the ability to control the escalating temperature of nuclear fuel, which can lead to explosions and the release of radioactivity.) That means battery-powered backup systems and other fail-safes, all of which add to the bill. Reactors with passive safety systems are likely to be cheaper — as well as safer, since there would be no need to worry if power couldn’t be restored to the plant quickly in the event of disaster.

What might those new reactors look like? Last month in the New Yorker online, Gareth Cook profiled an innovative Cambridge-based start-up called Transatomic Power that would use molten salt as a coolant, rather than water:

It’s based on a method that worked successfully at the Oak Ridge National Laboratory, in Tennessee, in the nineteen-sixties. Called a molten salt reactor, it eschews rods and, instead, dissolves the nuclear fuel in a salt mixture, which is pumped in a loop with a reactor vessel at one end and a heat exchanger at the other. In the vessel, the fuel enters a critical state, heating up the salt, which then moves on to the heat exchanger, where it cools; it then travels back to the vessel, where it heats up again. Heat from the exchanger is used to make steam, and, from this, electricity. At the bottom of the reactor vessel is a drain pipe plugged with solid salt, maintained using a powerful electric cooler. If the cooler is turned off, or if it loses power, the plug melts and all of the molten salt containing the fuel drains to a storage area, where it cools on its own. There’s no threat of a meltdown.

The reactor design could also potentially run off nuclear waste — addressing another problem that holds back atomic expansion. Nor is the molten-salt reactor the only next-generation nuclear design that could be cheaper and safer. Other designs exist that would cool reactors with lead, sodium or gas. And of course there’s always the great, unfulfilled dream of fusion. Any of those designs might be able to deliver the environmental advantages of nuclear power — carbon-free base-load electricity — in a way that won’t break the bank.

Of course, nearly all of these advanced nuclear designs are just that — blueprints and concepts. Transatomic has a good idea, but it hasn’t built anything. Even with massive help from the Obama Administration, renewable energy start-ups like Solyndra went bankrupt, challenging existing technology. Nuclear start-ups face even more daunting odds given the cost of building anything like a pilot plant — venture capitalist Ray Rothrock, who has invested in Transatomic, told Cook that for nuclear power, “the valley of death might as well be the Grand Canyon.” The Nuclear Regulatory Commission, which oversees atomic power in the U.S., is a conservative body, which makes getting permission to build a new kind of plant very difficult. “The interest in supporting nuclear innovation just doesn’t seem to be there,” says Jessica Lovering, a policy analyst at Breakthrough and a co-author of the report.

That needs to change. According to statistics from the BP Statistical Review of World Energy 2013, between 1993 and 2002, carbon-free sources — meaning nuclear, hydro and renewables — made up 19% of total increase in global energy consumption. Between 2003 and ’12, as the rate of global energy consumption doubled, carbon-free sources made up only 14% of that increase. (Hat tip to Roger Pielke Jr. for pointing out these trends.) Despite the very rapid increases in renewables like wind and solar over the past decade — albeit from a very tiny beginning — we are losing the war to decarbonize our energy supply. I think nuclear can play a significant role in decarbonization, but it will only happen if atomic power isn’t expensive — all the more so given that most of the increase in global energy consumption will be coming in developing countries that are especially price sensitive. Pass the molten salt. 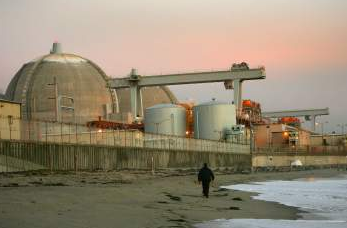