Posted by plantitfilm on Friday, 19 July 2013 in Air Quality 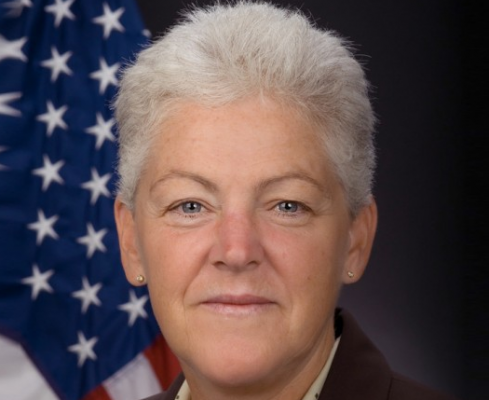 The Environmental Protection Agency has named a new chief for air quality regulations who will help lead the administration’s efforts to limit greenhouse gas emissions.

Janet McCabe became the top air quality regulator on Friday, moving into the role formerly held by new EPA chief Gina McCarthy.McCabe had served as McCarthy’s deputy in the EPA’s Office of Air and Radiation. She joined the agency in 2009, prior to which she ran children’s health advocacy group Improving Kids’ Environment.

McCarthy, who the Senate confirmed to lead the EPA with a 59-40 vote, was sworn in on Friday as EPA administrator.The promotion puts McCabe on the front lines for carbon pollution rules the Obama administration is implementing.The EPA recently sent a revised draft of a greenhouse gas emissions rule for new power plants to the White House. It also will craft a standard for existing power plants, as President Obama called for in the climate plan he revealed last month.Those rules are the subject of criticism from industry, Republicans and coal-state Democrats. They say the regulations will raise power prices and, in turn, stunt economic growth.The rules will likely attract legal challenges — but the White House contends it has a responsibility to issue them.The administration contends the Clean Air Act requires the EPA to regulate greenhouse gas emissions because they’re a danger to public health.The EPA has touted the health benefits of its carbon regulations, saying they save medical costs by reducing curtailing pollutions that contribute to heart disease, asthma and other respiratory problems.Read more: http://thehill.com/blogs/regwatch/energyenvironment/312249-new-pollution-chief-named-to-lead-epas-carbon-crackdown-#ixzz2ZW9cCHq5