Posted by Wolf on Friday, 19 July 2013 in Energy Efficiency 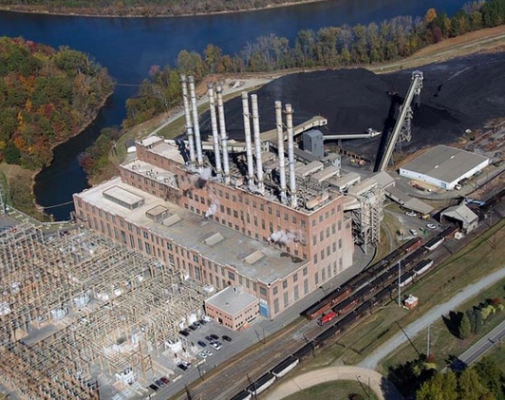 When we flip on a light, we rarely think about water.  But electricity generation is the biggest user of water in the United States.  Thermoelectric power plants alone use more than 200 billion gallons of water a day – about 49 percent of the nation’s total water withdrawals.

Large quantities of water are needed as well for the production, refining and transport of the fuels that light and heat our homes and buildings, and run our buses and cars.  Every gallon of gasoline at the pump takes about 13 gallons of water to make.

And of course hydroelectric energy requires water to drive the turbines that generate the power.  For every one-foot drop in the level of Lake Mead on the Colorado River, Hoover Dam loses 5-6 megawatts of generating capacity – enough to supply electricity to about 5,000 homes.

In short, energy production is deeply dependent on the availability of water.  And, as a report released last week by the U.S. Department of Energy (DOE) makes clear, as climate change brings hotter temperatures, more widespread and severe droughts, and lower river and lake levels, the nation’s energy supply is becoming more vulnerable.

Consider these examples from the DOE report:

One particularly interesting figure in the report compares the water requirements of seven different types of electric power facilities – nuclear, coal, biopower, natural gas combined-cycle, concentrated solar, photovoltaic solar and wind.  The last two come out as by far the most water-conserving electricity sources.  In contrast to the 20,000-60,000 gallons per megawatt-hour needed for nuclear and coal plants with “once-through” cooling systems, PV solar and wind require only negligible quantities.

Of the one hundred coal-fired power plants deemed to be most vulnerable to water shortages, most are located in the southeastern states of Alabama, Florida, Georgia, North Carolina and South Carolina (see map). In these states, water for cooling may be constrained by low river flows, high water temperatures or both – forcing utilities to cut back on power generation.

On balance the study’s findings make a strong case for a more rapid shift to renewable energy sources to shore up the nation’s energy security in the face of climate change.

If there’s a call to action in the DOE assessment, it’s this:  If, by 2050, the United States could get 80 percent of its electricity from renewable sources – with nearly half coming from water-thrifty wind and solar photovoltaic generation – then total water consumption in the U.S. power sector would decline by about half.

Given the projections for climate-related disruptions to the water cycle, there is little time to waste in making this transition.