Posted by amandaevans on Sunday, 04 August 2013 in Wildlife Conservation

Africa's Oldest National Park may be Put at Risk 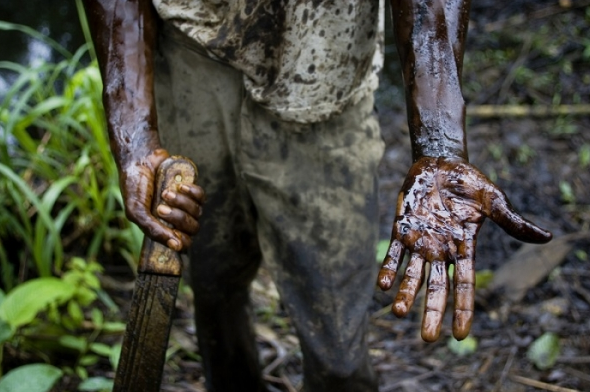 A proposal by British oil-exploration company Soco International to look for oil in Africa's oldest national park is being criticized by the conservation group World Wildlife Fund for Nature (WWF), which says Soco's plan puts the park's true value at risk.

Soco International wants to explore for oil beneath Lake Edward, which exists within Virunga National Park in the eastern Democratic Republic of Congo. About two-thirds of the lake is within the DRC's political boundary, the rest is in western Uganda, which has seen windfall from recent oil exploration efforts within its own borders.

The WWF suggests that the national park could bring in more than $1 billion in revenue each year if developed sustainably through the creation of jobs in hydropower, the fishing industry and ecotourism.

The park is home to more than 3,000 kind of animals, including endangered mountain gorillas.

Citing its own report entitled "The Economic Value of Virunga National Park," the WWF says:

"Virunga represents a valuable asset to Democratic Republic of the Congo and contributes to Africa's heritage as the oldest and most biodiverse park on the continent. Plans to explore for oil and exploit oil reserves put Virunga's value at risk."

The reports states that oil exploration in Virunga could cause widespread pollution and environmental damage, as well as create conflict.

"Virunga's rich natural resources are for the benefit of the Congolese people, not for foreign oil prospectors to drain away," said Raymond Lumbuenamo, country director for WWF-Democratic Republic of the Congo.

"Our country's future depends on sustainable economic development, and the livelihoods of over 50,000 people depend on this park. Oil extraction here could have devastating consequences for local communities that rely on Virunga for fish, drinking water and their other needs.

"Once you turn it into an oil field you sell it once and it's gone for good. It's going to get destroyed, polluted -- the beauty of it will go to waste," he said to the BBC.

Rui de Sousa, chairman of the board for Soco International, said in a statement:

"We are aware of the various comments by different organistions on this subject.

"Despite the views of WWF, Soco is extremely sensitive to the environmental significance of the Virunga National Park, and in fact I proposed to the CEO of WWF that we should consider ways in which development and conservation, can work in partnership in North Kivu," de Sousa said. "Development and environmental sustainability are not mutually exclusive."

De Sousa said that it is in the DRC's best interest to have an accountable and responsible oil company in overseeing the exploration. Soco has a history of oil exploration in developing countries. It recently discovered oil off the coast of Vietnam.

"It is also important for all commentators to understand that this matter is far bigger than just WWF and SOCO, de Sousa said.

"This is an absolutely crucial time in history for the DRC as a whole. It is already known that oil discoveries have been made across the border in Uganda, and that the DRC currently has no exploratory data to support the theory that these oil reserves might traverse the DRC border - and without such data, it is possible that the DRC would have no financial gain from shared reservoir(s) which could be drained from the Uganda side. This would be very serious for the region in decades to come."