Posted by thatsenough on Saturday, 24 August 2013 in General Environment

Some NGOs ‘sell out’ to corporate money 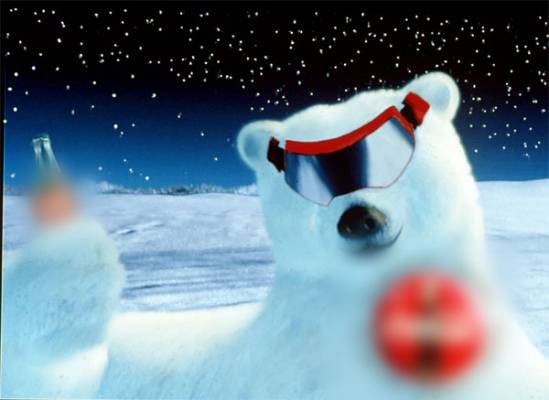 hold back on environmental campaigning.

Highly-regarded former Toronto Mayor David Miller says he is “very excited” about becoming the new President and CEO of the World Wildlife Fund-Canada in September.

“They’ve made such a difference,” Miller told The Toronto Star, “and to be part of an organization that knows how to make real change is a unique opportunity.”

But there are questions about whether the WWF is effective in its work and, moreover, why the WWF and other members of the global environmental movement have made such little progress combatting the most serious threat to earth – climate change.

The magnitude of the crisis facing humankind cannot be overstated. More than 400,000 people are dying each year, and, a confidential report from the United Nations said that three years ago corporations caused $2.2-trillion damage to the environment.

Weak, ineffective tactics are one of the reasons for the lack of progress. Whenever I have heard Dr. Suzuki speak at gatherings, he seemed to suggest that “moral persuasion” could be used to convince climate offenders to end their destructive ways.

I don’t think that giant, multi-national corporations that tend to get their way would be influenced by anyone – even Dr. Suzuki – pointing out that they should behave more responsibly.

The very nature of capitalism won’t allow corporations to stop ravaging the environment. Business is locked into a nightmarish system that dictates that corporations must make as much profit as possible or shareholders will abandon them, likely letting the value of the company drop considerably.

Unfortunately, it seems that a number of large environmental groups will not be challenging the corporate world anytime soon. Amazingly, several have “sold out” to the very companies that are destroying the environment. Some even have partnerships with the planet’s most unethical corporations.

For instance, the WWF has a partnership with Coca Cola to raise money to protect polar bears in the Canadian Arctic. However, at the same time, Coke is devouring precious water resources in India  that are badly needed by local communities. Because of the chummy, lucrative relationship with Coke in Canada, it’s likely that the WWF won’t be campaigning anytime soon against Coke’s Indian activities.

Research carried out by activist Naomi Klein shows that several of the giant environmental groups are taking funds from corporations and/or holding large corporate shares in their investment portfolio, and working in partnership with corporations.

Environmental groups that have “hooked up” with corporations also tend to favour corporate-oriented solutions to environmental problems when, actually, corporate-thinking can be a huge part of the problem. A thorough search of the websites of these three organizations failed to reveal any major project that targeted the work of a corporation.

Paul Griss, co-ordinator of the Canadian-based New Directions Group, says that NGOs have to go after corporate funding because they’re unable to raise the money they need from the public. I disagree. The WWF raised a whopping $90,320,000 from individuals in 2012 and could raise more if it put its’ mind to it.

Meanwhile, the corporations have put a process in place that pretty well controls what the NGOs do. Billions of dollars are funnelled to environmental groups through bodies such as Tck Tck Tck and the Coalition for Environmentally Responsible Economies (CERES). This oversight pretty well ensures that the NGOs do not set up any radical projects.

Independent groups that do not take corporate money tend to develop strong, aggressive campaigns that focus on the misdeeds of corporations. Included in the list compiled by Naomi Klein are Greenpeace, 350.org, Friends of the Earth, Rainforest Action Network, Oil Change International, and the Climate Reality Project.

Greenpeace is perhaps the most effective environmental NGO in the world. One example: In March, Volkswagen said it was giving in to pressure from across the globe and announced it will meet and support tougher climate targets. Greenpeace says VW has promised to become the world’s greenest car company.

On the other hand, I don’t know why so many leading environmentalists show such little interest in developing campaigns demanding that corporations stop devouring our world. It certainly isn’t because they are getting results by targeting governments.  NGO leaders definitely need to become more politically astute.

At this moment in time, environmentalists and other community leaders have a slim chance of successfully pushing corporations and governments to reform the capitalist system. At the same time, Big Business continues to force-march us toward the edge of the cliff. If we are to avoid being pushed off, all environmental groups must do their job – which is to put so much pressure on corporations that they greatly reduce their destructive ways.