Posted by acox on Saturday, 06 October 2012 in Ocean/Seas/Coastlines 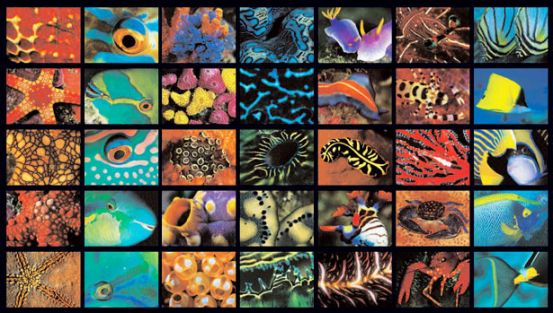 * 70 pct of corals will suffer degradation by 2030* To protect half of reefs, temperature rise must be under 1.5C

By Nina ChestneyLONDON, Sept 16 (Reuters) - The chance to save the world's coral reefs from damage caused by climate change is dwindling as man-made greenhouse gas emissions continue to rise, scientists said in a study released on Sunday.Around 70 percent of corals are expected to suffer from long-term degradation by 2030, even if strict emission cuts are enforced, according to the study."The window of opportunity to preserve the majority of coral reefs, part of the world's natural heritage, is small," said Malte Meinshausen, co-author of the report published in the journal Nature Climate Change."We close this window if we follow another decade of ballooning global greenhouse-gas emissions."Coral reefs are home to almost a quarter of the world's ocean species, they provide coastal protection and can support tourism and fishing industries for millions of people worldwide.The rise of global average temperatures, warmer seas and the spread of ocean acidification due to greenhouse gas emissions, however, pose major threats to coral ecosystems.The scientists from the Potsdam Institute for Climate Impact Research, the University of British Columbia and the universities of Melbourne and Queensland in Australia used climate models to calculate the effects of different emissions levels on 2,160 reefs worldwide.World carbon dioxide emissions increased by more than 3 percent last year and global average temperatures have risen by about 0.8 degrees Celsius over the past century.Coral reefs face serious threats even if global warming is restricted to a 2 degrees Celsius limit, which is widely viewed as a safe threshold to avert the most devastating effects of climate change, such as drought, sea level rise or crop failure.Warmer sea surface temperatures are likely to trigger more frequent and more intense mass coral bleaching, which is when reefs turn pale, the study said.Although corals can survive bleaching, if the heat persists they can die. This happened in 1998 when 16 percent of corals were lost in a single, prolonged period of warmth worldwide.Ocean acidification can put even more stress on corals.As more and more carbon dioxide is absorbed from the atmosphere, sea water turns more acidic which can hinder calcification which is crucial for corals' growth."Thus, the threshold to protect at least half of the coral reefs worldwide is estimated to be below 1.5 degrees Celsius mean temperature increase," the study said.A separate report last week said Caribbean corals were under immediate threat and urgent action was needed to limit pollution and aggressive fishing practices.Average live coral cover on Caribbean reefs has declined to just 8 percent today compared to more than 50 percent in the 1970s, according to the report by the International Union for Conservation of Nature. (Editing by Rosalind Russell)