Posted by Joao Fonseca on Monday, 12 August 2013 in General Environment

Why We Love Shark Week 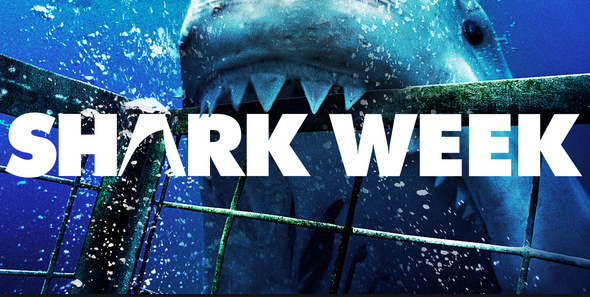 Across the country, office conversation murmurs are changing. The elevator silence is no longer filled with that universal summer question, “Are you going anywhere this weekend?” For during this otherwise innocuous August week, people are saying instead, “Hey, it’s Shark Week! Did you watch Spawn of Jaws last night?”

Even if you didn’t, chances are you’re able to participate in the conversation because Shark Week is more than just programming – it’s part of our shared story.

When the Discovery Channel first conceived Shark Week back in 1987, it was an unheard-of programming experiment. Full-week programming was impossible on broadcast television.. Twenty-six years later, it’s the poster-child for what’s possible when creators are set free in a limitless, niche-oriented programming space like cable.

Now, Shark Week is a nationwide event with the uniquely American philosophy, “go big or go home.” Every year there are wildly extravagant stunts. People are still talking about how Discovery Communications converted their headquarters from an office building into a giant shark named “Chompie.” And this year, Discovery continues to innovate through creative Shark Week second-screen experiences – have you met Snuffy the Seal?

But Discovery has also been prudent not to over-play their success. Here’s how Discovery has made sure Shark Week remains the special perennial shared experience:

Shark Week comes but once a year. There’s no “Tiger Week” in January or “Snake Week” in April. Considering Shark Week’s success, it was surely tempting for the network’s executives to try and replicate their PR and content creation victory at other times throughout the year. But they recognized that there was significant long-term value in refusing to dilute the power of the Shark Week experience. Perhaps this sacrificed a few short-term conquests, but it was for the long-term good. They were right to do so.

Even when striking upon a successful venture, you can’t squeeze every last drop of creative juice in the pursuit of repeat results. Look instead to the future, and work out how to maintain and improve without undermining your own success.

The people just want sharks and Discovery gets that. There’s a reason why sharks were chosen to enjoy pride of place over other equally charismatic and notorious creatures. We’re consciously terrified and therefore subconsciously obsessed with sharks. Your chance of suffering a run-in with one is slim to none. Statistically, you’re 26 times more likely to die from a dog attack – and I’m still calculating risk-odds of a sudden Sharknado storm. Yet we eat up posts like this one, which tell us what to do should we ever come face to fin with an aggressive shark, just in case.

YOU CAN PLEDGE TO SAVE SHARKS HERE