Posted by Dale on Tuesday, 15 October 2013 in Earth Violators 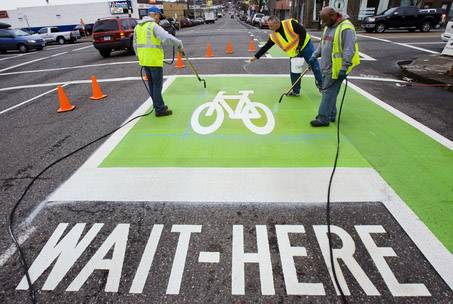 In the heated exchanges about the consequences of the ongoing federal government shutdown, one important impact has been largely overlooked: the devastating consequences of this closure on the work of the U.S. Environmental Protection Agency (EPA).

Like the National Institutes of Health, the National Park Service, FEMA, the Head Start Program for pre-kindergarteners, Meals on Wheels for the elderly, veterans benefit programs, and numerous other federal departments and programs, EPA too has now been shuttered for nearly a week. Only a relative handful of its 16,000 employees are considered essential personnel. The rest of EPA’s staff, like the nearly 800,000 of their fellow federal employees, have been placed on an indefinite furlough.The indefinite close down of EPA’s operations poses major risks, some imminent and others long term, to the health and natural environment of millions of Americans. The EPA’s enforcement of existing regulations provides vital protections against the emission of toxic air and water pollutants and the contamination of public drinking water supplies. The EPA works to prevent the exposure of school children to asbestos, the ingestion of toxic lead paint by infants, and the release of poisonous chemicals from long-abandoned hazardous waste dumps. The Agency also works to guard against the destruction of fish, shellfish and other aquatic life.  In addition, the EPA supplies much-needed grant money to state and local environmental agencies—entities that (in many cases) are already starved of the financial resources necessary to carry out their tasks. Due to the government shut down, nearly all of the important EPA work of enforcing these safeguards, and the channeling of federal funds to the states, is now at a standstill.

Of course, the focus of EPA enforcement action is to deter environmental violations and result in immense improvements in environmental quality. Unfortunately, this aspect of EPA’s work has been particularly hit hard by the government closure.    Agency scientists are no longer going into the field to inspect industrial facilities for violations of pollution control standards. Ongoing investigations of both civil and criminal infractions, including the “midnight dumping” of toxic wastes and the discharge of raw toxins into sewer systems, are now suspended. EPA’s ongoing (and frequently delicate) negotiation of pollution abatement and hazardous waste agreements with polluters has been discontinued, in some cases at particularly critical points; and EPA’s ability to initiate new enforcement cases is in abeyance for the duration of the close down.Beyond this, the capacity of the Agency to respond to emergency situations (like the BP oil spill in the Gulf of Mexico and other destructive and costly incidents) has been substantially undermined by the suspension of its operations. In the event of an environmental calamity, the administration does have the ability to recall furloughed EPA employees who are trained to respond to emergency situations by declaring those personnel essential. Nonetheless, that reinstatement process may well result in unwanted delays in EPA’s response, even though true emergency circumstances frequently require very rapid governmental actions to deal with quickly unfolding (and enormously hazardous) events.Other harmful consequences are longer term.  The prospect of future layoffs, limited pay, and poor job security may deter talented young people from choosing careers in government service.  That would come as a serious blow to EPA, as well as other federal agencies, since it would come at a time when many experienced federal employees of the “baby boomer” generation will retire in large numbers. Suspensions of the EPA’s Superfund clean up program (which serves to clean up abandoned hazardous waste sites) will almost certainly result in significant delays in those crucial remediation projects. Regrettably, for a number of practical reasons, complicated work efforts at Superfund sites cannot be re-started nearly as quickly as they can be halted.The longer the federal shutdown continues the more serious the risks and consequences will be for the health and environment of an enormous number of Americans. We can only hope that the politicians whose zealous, irresponsible posturing has led to the current impasse will soon come to their senses and reopen EPA, along with the rest of the federal government, before the results of their reckless actions become grave, tragic, and perhaps even irreversible.Read more: http://thehill.com/blogs/congress-blog/energy-a-environment/327029-government-shutdown-and-the-epa-environmental-dangers-of-congressional-recklessness#ixzz2hnowib6q