Posted by DorothyHaris on Tuesday, 29 October 2013 in Air Quality 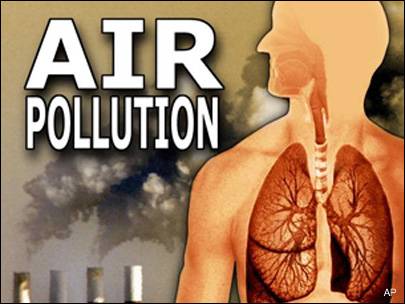 A recent study says the infrastructure that allows us to light up our homes and travel from place to place delivers the majority of air pollution-related deaths in the United States.

The MIT study found that the two major sources of PM2.5 and ozone air pollution are road transportation and power generation, and those sources are responsible for 112,000 of 200,000 premature deaths each year across the country.

Those findings assert that the pollution caused by road transportation causes more deaths than the number of traffic fatalities in the United States.

While the pollutants PM2.5 and ozone are blamed for 58,300 premature deaths in the United States each year, the study said 2005 numbers put traffic fatalities at 43,500.

"This suggests that the air quality impact of road transportation in terms of premature deaths may likely exceed the number of fatal accidents by about 30 percent," the study said.

The five researchers — Fabio Caiazzo, Akshay Ashok, Ian A. Waitz, Steve H.L. Yim and Steven R.H. Barrett — pointed out that most traffic deaths occur in people age 44 and under, resulting in a loss of life years of about 35 years, while the pollution-related deaths typically shave off 12 years of life.

That disparity, they said, means traffic accidents are still the No. 1 cause of loss of life years, despite being fewer than those early deaths attributed to pollution-related deaths.

The study, published in the journal Atmospheric Environment, underscores the nexus of bad air quality and human health.

The study's findings strongly correlate to the Utah Division of Air Quality's numbers, which put cars and vehicles as the leading cause, 57 percent, of PM2.5 emissions during the Wasatch Front's winter months, helping to drive persistent inversions.

Reducing the amount of traffic on area roadways has been a major push by Salt Lake City Mayor Ralph Becker, who earlier this month shepherded the announcement of a pilot project that partners the city with Utah Transit Authority.

"Mayor Becker's ongoing commitment to policy efforts to address air quality issues, including the current proposal before the City Council to fund a pilot program to offer a group-rate transit pass to every Salt Lake City resident, is certainly based on the recognition that pollutants are a direct and significant health hazard to our community," said Art Raymond, the city's spokesman.

"Poor air quality is not only negatively impacting all of us who call the Wasatch Front home, but also causing those considering a move to our area — be it new companies or new families — to consider where our quality of life is heading. We hope the findings of this study provide further impetus to all pertinent agencies and entities to take action and work toward improvement," Raymond said.

Next to road traffic, the major cause of air pollution-related early deaths was linked to combustion emissions generated by electrical power generation. The study put that number at 54,000 early mortalities.

"A large extent of this impact is related to sulfur dioxide emissions from coal-fired power plants," researchers said.

The study notes that Eastern power plants generally use coal with a higher sulfur content than do Western power plants, and the highest peaks of PM2.5 health-related impacts occur in East Coast cities such as New York City, Washington, D.C., and Baltimore.

On Thursday, the World Health Organization declared air pollution as the most significant form of environmental carcinogen, made problematic by people's inability to control their exposure.

While researchers and scientists have for years dubbed air pollution as a major health concern, this is the first time it's been lumped with asbestos, tobacco and ultraviolet rays as a cause of cancer.