Posted by c4kadlecek on Monday, 28 October 2013 in Air Quality 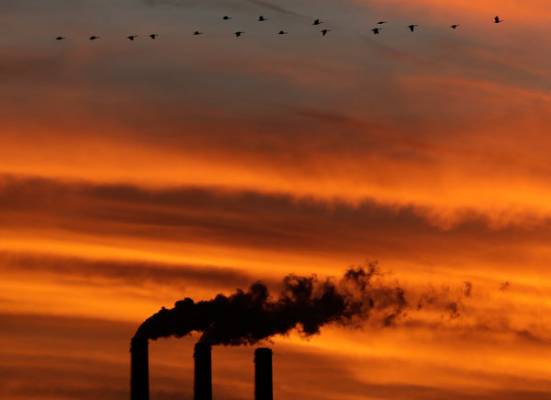 The US Clean Air act was last amended in 1990.  Are the current imposed standards enough to keep us safe considering the announcement on Thursday from The World Health Organization that air pollution causes lung cancer?

What can you do to personally reduce air pollution or encourage our legislators to pass stronger laws to protect our air quality? Here are the EPAs suggestions for personally making a difference.

The World Health Organization on Thursday declared air pollution a human carcinogen like tobacco smoke, asbestos and arsenic, calling it a leading cause of cancer deaths globally.

Health experts have known for years that air pollution increases the risk of a wide range of ailments, including respiratory problems and heart disease. Some compounds in the air we breathe, such as diesel exhaust, have already been deemed cancer-causing.

But this is the first time the organization’s International Agency for Research on Cancer has classified air pollution in its entirety as a cause of cancer.

The complex mixture of gases, fine particles and other pollutants in the air were labeled “carcinogenic to humans,” the highest of the agency’s four-level classification system.

A panel of experts convened by the WHO's cancer research arm made the finding after reviewing thousands of scientific papers.

“We now know that outdoor air pollution is not only a major risk to health in general, but also a leading environmental cause of cancer deaths,” Kurt Straif of the international cancer research agency said in a news release.

Air pollution also increases the risk of bladder cancer, the agency reported. Experts also evaluated particulate matter, one the largest components of air pollution, and classified it as a carcinogen.

While air pollution levels vary widely across the globe and have fallen in the United States, exposure is on the rise in rapidly industrializing countries, the agency's report notes.

The agency’s report did not quantify the cancer risk to individuals or countries.

That can be hard to pin down because the sources of air pollution are widespread and ubiquitous, including vehicles with internal combustion engines, power plants, factories and farms, according to the report. The agency wanted to review air pollution globally to understand the role it plays in the more than 1.3 million new cases of lung cancer recorded each year.

“Even a small contribution from air pollution to this number would strengthen the justification for implementing tighter control measures,” the report says.