Posted by ep-admin on Tuesday, 05 November 2013 in Environmental Heroes

THE POWER OF TWO 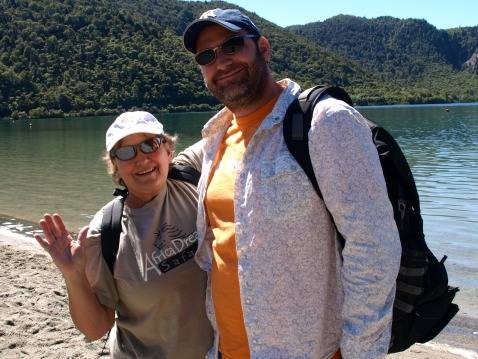 How Far Does The Rabbit Hole Go?

Hands up who has fallen down a YouTube hole only to discover that you've lost 2 hours of your day watching everything from breakbeat dancing cats to cute babies and the latest viral ad sensation?

Watching videos online has become a mainstream activity around the world. Over 1 billion unique users visit YouTube every month, and they spend more than 6 billion hours watching videos – that’s almost one hour for every person on earth every month…

The value of visual story telling has long been recognised, but with the advent of social networking and technological advancements helping to democratise film-making, the potential for positive change through film has never been greater. Films like An Inconvenient Truth are clear examples of this. According to a study by AC Nielsen following the film’s release, 66% of viewers who claimed to have seen An Inconvenient Truth said the film had “changed their mind” about global warming and 74% of viewers said they changed some of their habits as a result of seeing the film. The film has since been introduced into the secondary school curriculum in 5 countries.

What if even a fraction of those hours you lost in the YouTube vortex were instead spent wandering wide-eyed through a world of inspiring, engaging content focused on our environment, and provided a platform to help you find simple solutions to introduce into your daily lives?

This was the question that Grant Barbeito posed to his mother Carol back in 2007 as he watched the power of social networks and online video streaming emerge. A cinematographer with many years experience directing and producing independent films, Grant saw the power that film can have in encouraging real action, and the seed for Earth Protect was planted. Together they created the business and have been inspiring people ‘from image to action’ ever since.

Nature has always played a big part in the Barbeito family; from Carol’s childhood weekends fishing with her father in the Mid-West to family safari holidays in Africa. They have both traveled far and wide, from their home in the US to Mongolia, Australia, Costa Rica and Tanzania, to name but a few, and an appreciation of the incredible diversity and beauty of the environment around the world is deeply rooted in both mother and son.

Highlighting the environmental plight in some of the most remote corners of the world, as well as closer to home, is important, “but we always knew that just loading a lot of gloom and doom and guilt on people is not the way to get them engaged,” says Carol. “People know there’s a problem, but don't know what to do and are looking for easy access to information to help them take action.”

Earth Protect provides a multimedia platform, bringing together a huge selection of environmental videos drawn from across the web, as well as those they make themselves. The content varies from environment related news stories, to short films on topics ranging from dumpster divers to urban farming, with a view to providing people with access to a well collated set of information on issues, including the differing view points and how they can find solutions. They have also started to compile a database of non-profits so that viewers can easily take the step from image to action by finding organisations local to them.

“It’s important that we help empower people to realise that they can make a difference. It’s the power of one. The one becomes many, and the cumulative effect is powerful.” It’s all about starting somewhere, usually with something that’s close to home or is important to you, says Carol. Even if it’s something as small as turning the running tap off while you brush your teeth, each person can save between 76 and 114 litres of water per week, which for a family of four can translate into 22,712 litres of water each year.

In addition to aggregating video content from around the web, Grant and Carol are also actively involved in making films themselves. Earth Protect now runs a full service studio in California, which brings together more than 20 award winning film makers to help companies and non-profits tell the stories of the positive work that they are doing. One of their crews will be heading to Hong Kong shortly as part of Kids Ocean Day on November 8th. Kids Ocean Day is a non-profit that works with schools in California and now Hong Kong to connect children to the beaches and oceans. Last year’s Kids Ocean Day in Hong Kong brought together over 800 children, teachers and volunteers, and this year, Earth Protect will be there to capture the whole thing on film, helping to amplify their message around the world.

So kiss goodbye to the next couple of hours, turn on, tune in and drop through a cleaner, greener looking glass with this little gem, the most compelling argument to not adopting a gorilla we’ve ever seen.