Posted by Tiny on Friday, 08 November 2013 in Climate Change 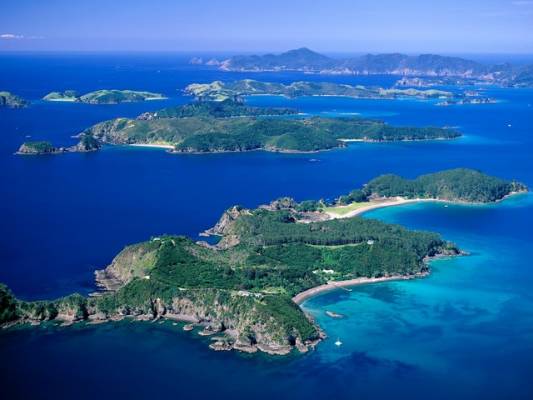 Ione Teitiota became the first person to ask a court to grant refugee status on the basis of climate change. He told the High Court in New Zealand that his family would suffer serious harm if they were forced to return to their low-lying homeland, as sea level rise is projected make life there untenable.

Susan Martin, the director of the Center for International Migration at Georgetown University, says the Teitiota case raises ethical and legal questions about how the global community should deal with people forced to flee their homes in the face of climate disruption.

"He's arguing is that because of climate change he is the recipient of passive persecution and will be harmed if he returns home, because climate change is posing very severe dangers and damages," she said.

It's believed to be the first time anyone's made such a claim — and he's a long way from winning, too.

"Refugee policy is designed around protecting people where people have been persecuted or have a fear of future persecution because of their race, religion, nationality, political opinion or membership in a particular social group," Martin said. "The whole concept came about after Nazi Europe as a way of responding in the future to cases where people might face very very severe harm as a result of a protected characteristic such as religion or race as that was the case in Germany."

Passive persecution, because of changes in climate, is vastly different from that original concept. Of course, at the end of the day, though, if the seas keep rising, Kirabati won’t be there.

So, while the case raises a legitimate and pressing question — what humanity owes to people who are forced from their homes because of humanity's change of the climate — it's probably outside the scope of the refugee sysem.

Martin says she expects, in due course, that the court in New Zealand will reject Teitiota's petition.

"I expect that there will probably be some passages in the decision that calls out for political and policy changes to address the situation that he’s in. I think what we need is a parallel legal regime that will provide assistance and protection to people who are losing their habitats, their livelihoods and potentially their lives as a result of climate change," she said.

In other words, the refugee system stays, but a new protocol is put into place to protect the people forced to flee climate change. Teitiota is probably just the first of many people to seek help — and many of them won't even be fleeing rising sea levels.

"The place that I think a lot of people are really worried about is Bangladesh. It’s a very crowded country. It’s a very poor country, and it will be seeing a lot of different effects of climate change, some of it already seen in the form of more frequent storms and more intense storms, but also year to year flooding," Martin said.

But drought is also a risk in some places. It's possible some places will be unable to support agriculture, which will force people from their homes.

"I think that the next step along the way will be looking at how migration can be part of that adaptation strategy. We’ve tended to look at migration as a problem, something to be avoided, but in fact, migration has always been one of the principal ways that people adapt to the changing environment, and so we have to start to think about the positive ways in which migration can be a solution for thousands of people who may otherwise may not be able to fare very well as a result of climate change," Martin said.