Posted by plantitfilm on Saturday, 09 November 2013 in Wildlife Conservation

Critically endangered species in Sumatra on the road to extinction 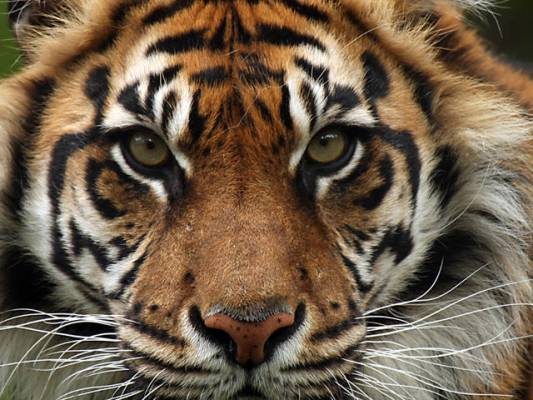 Critically endangered wildlife, including some of the last Sumatran tigers as well as rhinos, bears and eagles, could be wiped out if plans go ahead to construct a major road through an Indonesian tropical forest reserve currently being restored by British conservationists.

The 51km-road, which would enable 850 truckloads of coal a day to be exported more easily to power stations across south-east Asia, would divide the Harapan rainforest, which is licensed by the Royal Society for the Protection of Birds, with the backing of the British government, the Co-op bank, the EU and birdlovers around the world.

The 98,555-hectare reserve was selectively logged in the 1970s, but is considered one of the most diverse places on Earth and a global-priority habitat for conservation, containing 20% of the remaining lowland forest of the island of Sumatra.

"It is so rich in wildlife that it can be described as one of the world's biodiversity hotspots. Animals found in the forest include the Sumatran tiger, Sumatran elephant, otters, porcupines, bears and turtles," said an RSPB spokesman.

"Over 300 species of birds breed there – including hornbills, eagles, storks, parrots, kingfishers and rare pheasants. The rafflesia flower – the world's biggest – blooms on the forest floor, and a huge variety of insects can be found too," he added.

The coal road is expected to be more than 50m wide and would lead from a group of five large coalmines in south Sumatra to the Lalan river in Jambi province. It would directly remove around 154 hectares of rainforest, but could affect many thousands more by splitting the forest into two physically separate concessions, allowing hunters and illegal loggers access to the forest and restricting the movement of animals and people.

"Such fragmentation will increase the incidence of inbreeding and may even cause the extinction of these species. This is particularly important for the Sumatran tiger population, which consists of as few as 12-20 individuals and is an international conservation concern," said the RSPB, which manages the concession with Birdlife International and Indonesian bird group Burung.

The Sumatran tiger is the only surviving member of a group of tigers that included the now extinct Bali tiger and Javan tiger. It needs large joined-up forest blocks to thrive, and used to roam across the whole, massive island. It now lives in isolated populations, such as in Harapan, its habitat having been drastically reduced by clearings for agriculture, plantations and settlements. Habitat destruction forces the tigers into settled areas in search of food, where they are more likely to come into contact with people.

Conflict between humans and tigers is a serious problem in Sumatra. People are regularly killed or wounded, and tigers take domestic livestock, leading to retaliatory action by villagers.

According to a survey from Traffic, the global wildlife trade monitoring network, poaching is responsible for more than 78% of estimated Sumatran tiger deaths, consisting of about 40 animals per year. The Sumatran tiger was classified as critically endangered by the International Union for Conservation of Nature in 2008 when its population was estimated at fewer than 680 individuals.

Conservationists believe that the road would compromise the Harapan rainforest irreparably and unjustly and is entirely unnecessary. They say that alternative routes for coal transport are available which use existing wide roads. These alternative routes would be no greater distance than the route of the proposed new road.

International agribusiness has converted nearly 10% of the whole island of Sumatra from primary forest to palm oil plantation during the last 20 years. In 1920 the largely untouched forest covered more than 25 million hectares, but it is now less than 500,000 .

Harapan is a flagship conservation project of the Indonesian government which gave its first ecosystem restoration licences to RSPB and its conservation partners in 2007. The government is hoping to designate 2 million hectares by 2020.

"Harapan is a global initiative to protect and restore a forest, paving the way for many others," said Jonathan Barnard, head of tropical forests at the RSPB.

"It is important for wildlife and people, but its great value is that it gives a real signal of hope that the degraded forests of the world can continue to be important reserves for wildlife."