In China, citizens persuaded to give up shark fin soup 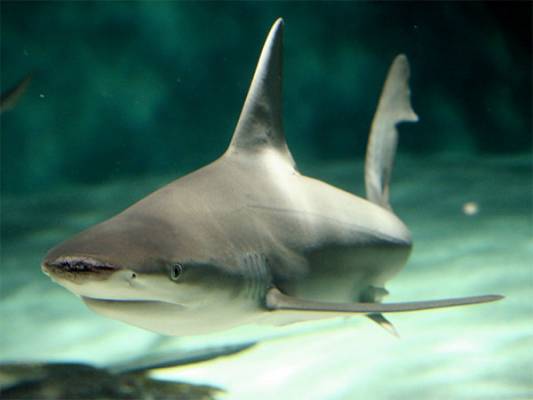 Once a rare delicacy served to honored guests, shark fin soup had become so popular among China's fast-growing elite in recent years that it was pushing some shark species close to extinction.

Now, there is fresh hope for sharks around the world. The demand for shark fins has plunged, providing a rare victory for conservationists that could have wider implications for other endangered wildlife.

Thanks to a former NBA star, a coalition of Chinese business leaders, celebrities and students, and some unlikely investigative journalism, eating shark fin soup is no longer fashionable here. But what really tipped the balance was a government campaign against extravagance that has seen the soup banned from official banquets.

"People said it was impossible to change China, but the evidence we are now getting says consumption of shark fin soup in China is down by 50 to 70 percent in the last two years," said Peter Knights, executive director of WildAid, a San Francisco-based group that has promoted awareness about the shark trade. The drop is also reflected in government and industry statistics.

"It is a myth that people in Asia don't care about wildlife," Knights said. "Consumption is based on ignorance rather than malice. "

The dramatic expansion in China's middle and upper classes has transformed the country into a major driver of global wildlife trafficking. The Obama administration is so concerned about Chinese demand for endangered wildlife that it made the subject an important part of its bilateral dialogue this year.

The consequences of the traffic go beyond a crisis for wildlife. The illegal ivory trade has financed global crime networks and local insurgents, including Somalia's al-Shabab — responsible for last month's attack on a Nairobi shopping mall.

"Conservation is more about China now than it is about Africa," said Knights. "China can be the savior of wildlife or it can be the demise of it."