Posted by jennystorie on Wednesday, 13 November 2013 in Clean Technology 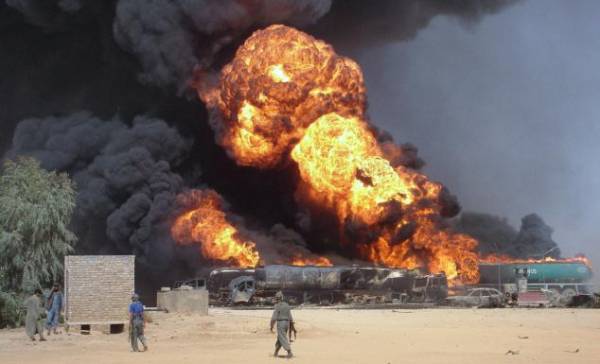 The race towards building a world not dependant on fossil fuels has a powerful, but silent ally in the global military apparatus.

For the Pentagon, clean energy and sustainability isn’t about saving whales or hugging trees. It’s about improving combat efficiency.

Not only does the reliance on fossil fuels put soldiers’ lives at risk in warzones, it also requires extra manpower to protect fuel convoys, resources which could be otherwise directed to other tasks.

The need to transport fuel to Forward Operating Bases along vulnerable supply lines is a critical weakness which has been recognized and exploited by the Taliban in Afghanistan to great effect.

One in 24 fuel convoys in Iraq and Afghanistan ended in an American casualty, with more than 3,000 Americans killed in fuel-supply convoys between 2003 and 2007 alone. Cutting the dependence on fossil fuels would clearly reduce the number of casualties in warzones.

The importance of clean-technology and its impact on combat efficiency for the military is best summed up by the current US Secretary of the Navy Ray Mabus.

“By using alternative energy, by changing the way we use and produce energy, we’re going to continue to be the most formidable expeditionary fighting force the world has ever known,” Mabus is reported to have said.

"In the drive for energy reform, and this is critical, the goal has got to be increased war-fighting capability. Too many of our platforms and too many of our systems are gas hogs."

The global presence of the American military juggernaut comes at a great financial cost in terms of fossil fuels. In 2009, operational energy use for military operations was approximately US$9.4 billion.

As the United States’ single largest user of energy, the Department of Defence has the potential to drive down the cost of emerging clean-energy technology through economies of scale.

In the 1960’s, the falling cost of semi-conductors and micro-chips was partly attributable to bulk purchasing by the Pentagon when it realized the combat potential of that technology.

According to Washington based think-tank The Information Technology and Innovation Foundation (ITIF), since 2009, the US Department of Defence (DOD) has invested US$5 billion in clean energy research, development, testing, demonstration, and procurement.

In a corporate world where the customer is always right, the purchasing power of the military may prove to be the clean energy movement’s most powerful ally.

Military innovations have a long tradition of spilling over into the civilian world. While the internet is the most well-known, there are many other examples. GPS and GIS technology have their roots in military applications.

The business analyst (known as a systems analyst in North America) in your office owes the existence of their job to the formative years of the US Airforce, when the role was created to monitor the complex workflows necessary to maintain combat aircraft.

It would be fair to say that the military are largely agnostic about the politics of climate change and the environment. But clean energy will provide a clear operational advantage in future wars, and is shaping up to be the silent arms race of the 21st century.

US based environmental lawyer Robert F Kennedy Jr warns on his blog that “The Chinese are treating the energy technology competition as if it were an arms race . . . China will soon make the US as dependent on Chinese green technology for the next century as we have been on Saudi oil.”