Posted by tina on Monday, 25 November 2013 in Green Products/Services

Should We Ban Plastic Bags Forever? 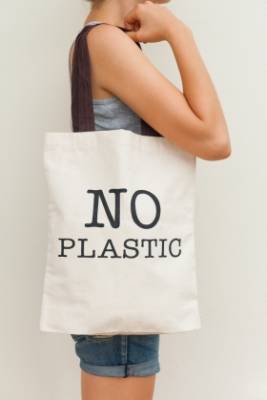 California has become an interesting test-case for both approaches to one plastic problem.Back in 2006, California passed a law that mandated a system for recycling plastic shopping bags. Today, supermarkets and other large stores have receptacles where plastic bags can be returned for recycling.

However, a recent report from the Associated Press found that it’s difficult to measure how successful this program has been. They found that the data collected by the Department of Resources Recycling and Recovery has not been analyzed since 2009, when about 3 percent of bags made it to recycling. The department did provide reporters with the raw data:

But those figures don't reveal how many bags were recycled. A study by California State University, Sacramento, which calculated previous recycling rates, showed the store-submitted totals for collected bags often included other materials. Without verifying the stores' totals, it's impossible to say how much was from bags, plastic film or general garbage."

Spokesman Mark Oldfield said the recycling department doesn't have enough funding to do the proper analysis.

The recycling program stands in contrast to plastic bag bans, which have been passed in over 80 California cities and municipalities. Los Angeles will have a ban going into effect in January.

Eric Bradley, reporting for the Press-Telegram, spoke with Environmental Services Bureau Manager Jim Kuhl about the success of Long Beach's ban. Kuhl says that the community now has 100 percent compliance, and has only had one infraction since the ban was introduced two years ago.