Posted by plantitfilm on Friday, 06 December 2013 in Biofuels 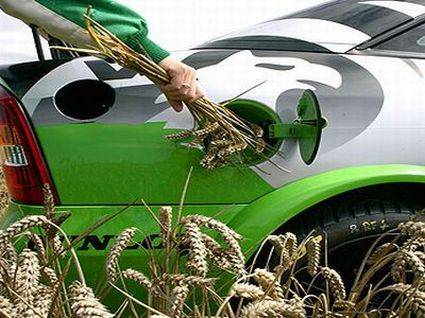 Today the EPA will hold a public hearing on the proposed 2014 RFS. Members from across the renewable fuel industry are lining up to testify regarding the negative impacts the proposed volumes could have. The EPA’s proposal would gut the renewable fuel standard and decrease the amount of biofuel in the nation’s fuel supply by 1.39 billion gallons.

During the hearing members will provide testimony detailing the impact that reducing the number of gallons in the nation’s fuel supply could have. The lower volumes will cost American drivers over $7 billion in raised gas prices, introduce market uncertainty and deter future investment in advanced biofuel projects.

Tom Buis, CEO of Growth Energy says ““We see the RFS as a modern American success story that has created jobs, revitalized rural America, injected much-needed competition into the vehicle fuels market, lowered the price at the pump, improved the environment, and made our nation more energy independent.”

“The RFS was not passed to accommodate ExxonMobil,” says Bob Dinneen President and CEO of the Renewable Fuels Association.  It was passed to drive investment in biofuels production and innovation in biofuels marketing.  The whole point of a 36 billion gallon RFS was to move biofuels like ethanol beyond being just a blend component in gasoline, to encourage E85 and mid-level blends like E15.  Congress never intended the RFS to be limited by a blendwall created by oil company intransigence.  But the vision of the RFS will not be realized if EPA undermines the effectiveness of the credit program by devaluing RINs to the point that they will not serve as a motivator for marketplace change.  EPA must promulgate a final rule that is faithful to the statue and recognizes the power of the RIN system to affect the kind of energy diversity intended by Congress.”

The RFS was designed by Congress to provide a supportive environment for private companies to develop new technologies, new production infrastructure, and new energy crop supply chains says Executive Vice President Brent Erickson of BIO. Our companies have acted on this, investing billions of dollars in private capital in conjunction with federal and state grants to launch this new industry.  This proposed rule, signaling the market for biofuels will be frozen at a small percentage of transportation fuels, will strand existing investments in advanced biofuels, significantly curtails any further investment and development of future facilities, and put hundreds of thousands of existing and future jobs at risk.  It will undercut the commercialization of other biotechnology research and development, such as the burgeoning renewable chemicals industry, that are following on to the growth of biorefinery platforms encouraged by the RFS.

Brooke Coleman, executive cirector of the Advanced Ethanol Council says “The clear congressional intent with regard to the RFS was more renewable fuel use to drive new fuels into a petroleum dominated marketplace. EPA's proposal turns this congressional directive on its head. It proposes to reward oil industry refusal to comply with the law and strands investment in advanced biofuels. We fully expect the Obama Administration to come to its senses and reverse course in the final rule.”