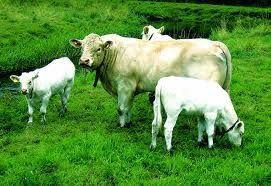 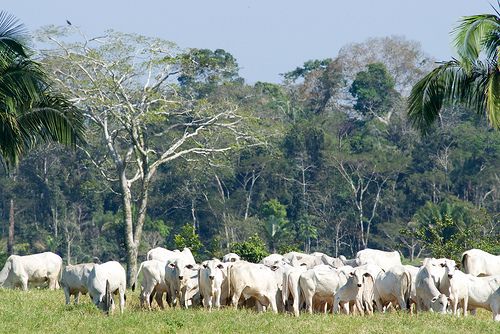 According to the study from the Union of Concerned Scientists (UCS), Grade A Choice? Solutions for Deforestation-Free Meat, the increasing global demand for meat has led to more and more deforestation for grazing pastures as well as land to grow livestock feed like soybeans. Meat consumption has been steadily declining over the past few years here in the United States, but globally the demand has gone up.

UCS reports, “Producing meat, especially beef, requires large amounts of land. Global meat consumption has increased in recent years—and much of the new land for meat production has come from clearing tropical forests. This trend is a leading driver of deforestation and a significant contributor to global warming emissions. Beef in particular requires vastly more land than meats like chicken and pork, which use much less land to produce the same amount of protein.”

UCS adds that nearly 60% of the agricultural land around the world is used in the production of beef, which provides less than 2% of the world’s consumed calories. They also call beef production an “inefficient use of feed resources,” as it takes 10 kilograms of grain to produce 1 kilogram of beef. They also report, “Cows produce extensive amounts of methane during the digestive process, a potent heat-trapping gas that exits the cow from both ends and causes about 23 times as much global warming per molecule as carbon dioxide. Large amounts of manure are also a leading cause of water pollution.”

The study recommends eating pork or chicken in place of beef, or buying beef from cows raised on already deforested land. However, the study also points out that all of the food raised for livestock – “grains such as corn, legumes such as soybeans, and forage crops such as alfalfa (cut and fed to livestock as hay)” – is food that is not going directly for human consumption. That food is instead going to overfeed livestock that is killed and will produce much less food for less people.

A 2011 study from the Environmental Working Group found that lamb is the worst meat for the environment, resulting in even more CO2 emissions than beef production. It seems like just staying away from meat is the best way to go if you’re concerned with the environment.