Posted by stringer on Monday, 13 January 2014 in Lakes/Rivers/Wetlands

Solving The Global Water Problem, One River At A Time 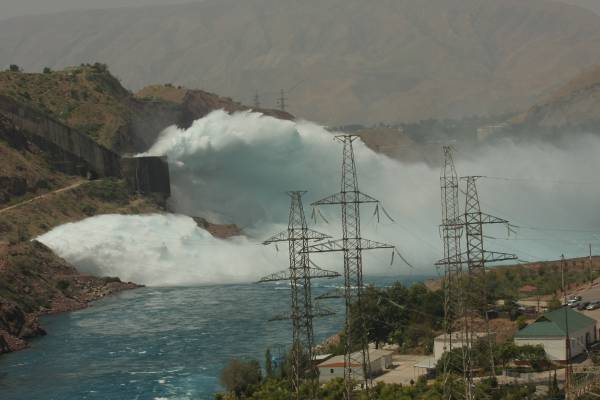 While the earth is blessed with 11 quintillion gallons of fresh water, waste and inefficient distribution systems have turned this theoretically inexhaustible resource into a key commodity for long-term investors, nations and non- government groups to fight over.

The investment opportunity is vast, with $11 trillion in infrastructure projects required by 2030 just for the world to keep up. And with close to 800 million people currently cut off from reliable sources of clean water, the basic humanitarian need for dams, pipes and purification plants has never been higher.

Little known today, the Central Asian republic of Tajikistan has the potential to become a superpower in a world where water rights are the new keys to global influence. The country’s rivers carry 14 trillion gallons of water a year down to the remains of the Aral Sea, generating 4% of all hydroelectric potential along the way.

Because this resource represents the lifeblood of several countries downstream, access to the flow is an issue of international concern, which is one reason the United Nations picked Tajikistan’s capital city of Dushanbe to host its recent High-Level Meeting for Water Cooperation.

I was in the city to attend the conference and had the opportunity to interview His Excellency, Emomali Rahmon, the president of Tajikistan, about how his country fits into the world’s water economy. His comments were enlightening.

A few points to keep in perspective:

As much as 15% of the global population does not have sufficient clean drinking water to sustain life. For that many people, a single glass of clean water is an unspeakable luxury.

Half of the countries in the world share a water source with at least one neighbor.

Many of those countries are not on friendly terms. Water usage is often a source of tension.

If all countries used as much water as the US and Europe, we would need 250% more water than what the planet’s natural waterways can currently supply.

On a globe with 70% of its surface covered by water, one would think there is definitely enough fluid in the world for everyone, but managing it effectively requires a level of cooperation and coordination that does not exist.

President Rahmon focused exclusively on the topic of water and water cooperation. He kept returning to the importance of water issues in the international community and Tajikistan’s commitment to participate in and facilitate vital ongoing dialogue among nations.

Water is not just a regional issue, he said, but a global one. As such, Tajikistan is committed to proposing new initiatives and facilitating dialogue regarding safe drinking water for all as well as matters related to sanitation — another vital yet sometimes overlooked issue.

Given the importance of the global challenge, he has lobbied the United Nations General Assembly to declare 2013 the International Year For Water Cooperation and was a key figure in getting the UN to focus on water challenges beginning with 2015-2025, the so-called “Decade For Water Cooperation.”

President Rahmon noted that much work has been done with trans-boundary water issues in various parts of the world, giving other regions – like Central Asia – a template for solving their own trans-boundary water issues. What would be helpful, he suggested, would be for the United Nations to produce a blueprint for water cooperation that nations sharing water sources can put into practice.

Single nations cannot solve these issues alone, he said. While countries like Tajikistan control the sources of key waterways, downstream neighbors are entitled to their share of the flow. In his opinion, the only way to address water challenges for safe drinking water and sanitation is through high-level cooperation between UN member states, relevant stakeholders and civil society.

Unfortunately, with no international road map currently on the table, access to fresh water sources is rapidly becoming a strategic flashpoint for many countries from Morocco to China. As legendary global investor Jim Rogers points out, war over water is nearly inevitable everywhere west of the Red Sea, while on the other side of the planet only oil will challenge water for preeminence.

President Rahmon welcomes intervention from the international community where disputes over water are most desperate. He considers the question too important for individual national actors to pursue their own interests independent of their neighbors. A clearinghouse for information and best practices would help each country make the most of its share, and naturally the private sector needs to be encouraged to be part of the process.

When asked about the Tajikistan’s long-anticipated Rogun Dam, projected to be the tallest dam in the world, President Rahmon said the project will definitely benefit all the Tajik people by converting a small percentage of the country’s water wealth into reliable, renewable energy. But he is looking

beyond Tajikistan’s borders, hastening to add that Rogun is the bright future for all countries in the region, including and most especially Afghanistan and Pakistan, two neighboring countries in need of better energy security.

Ultimately, President Rahmon’s vision is for the dam to reduce poverty and promote prosperity throughout Central Asia, bringing millions of people into the electrical economy and eliminating the motivation to opt into terrorist movements or extremist positions.

His comments indeed seem like a tall order, but his manner and tone convinced me that these are his earnest hopes, and insofar as he is able to lead the way after the looming presidential election, he intends to do so.

The High-Level Water Cooperation Conference was the third such international meeting he has invited to Tajikistan with this focus. A UN Decade for Water initiative would be the fourth such initiative.

Inside the global water works

The Water Cooperation Conference itself was by any standard a big success, drawing about 1,000 delegates from 90 countries. Topics discussed ranged from primary conditions for neighboring countries to enter into dialogue over water security issues, to how climate change is affecting many low-lying and island nations to the effects of gender upon matters related to water security. All the discussions were well attended and lively.

While the final statements and outcomes did not have quite the bite and leverage some Tajik observers might have hoped to see, anyone familiar with the process of consensus building among UN member states knows that this is par for the course. The UN is a massive bureaucracy and the real work happens behind and around the high-profile events, but the events themselves are a concrete demonstration of interest and commitment to the cause.

Many in attendance heard colleagues from far away voice their own or similar concerns about water, which we are beginning to realize is perhaps the most valuable of all nature’s resources. The conversation has begun, and it will need to continue.