Posted by greenmonkey on Thursday, 16 January 2014 in Climate Change 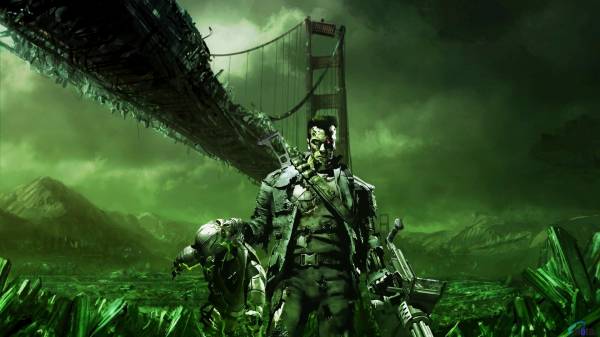 How do you fight global warming? Call in the Terminator.

Action-film star and former California governor Arnold Schwarzenegger is one of several A-list celebrities who will serve as roving "correspondents" in "Years of Living Dangerously," a forthcoming Showtime documentary series about climate change.

"A scientist will never get the attention that someone in show business gets," Schwarzenegger told reporters at the Television Critics Association press tour on Thursday. He said he has long wondered why the topic of climate control doesn't resonate with the general public and concluded that the message isn't being delivered in the most effective way.

"I always felt there was a communications gap between the subject of global warming and bringing ordinary people in and making them part of the movement," he said. "I think the environmental movement can only be successful if it's simple and clear and makes it a human story."

Scientists, on the other hand, have to "throw around the numbers and the facts and the statistics and all of those things," he said.

In "Years of Living Dangerously," which will premiere April 13, Schwarzenegger and other screen stars, including Matt Damon, Harrison Ford, Olivia Munn, Jessica Alba, Ian Somerhalder and Don Cheadle, travel the globe to report on how climate change has affected various regions of the world.

"These are not cameo appearances," said Somerhalder, star of "The Vampire Diaries." "We wanted people who had a real commitment to this issue."

David Gelber, who along with Schwarzenegger, Jerry Weintraub and film director James Cameron, is an executive producer on the project, called climate change "the biggest story out there right now," yet bemoaned the fact that the topic never came up in the presidential debates. He hopes the celebrities will do a better job of getting the message across.

"We didn't want experts. And we didn't want them opining," he said. "We wanted them to ask questions on behalf of the audience."