Posted by Joao Fonseca on Saturday, 18 January 2014 in Ecotourism

Saying Something About Climate Change 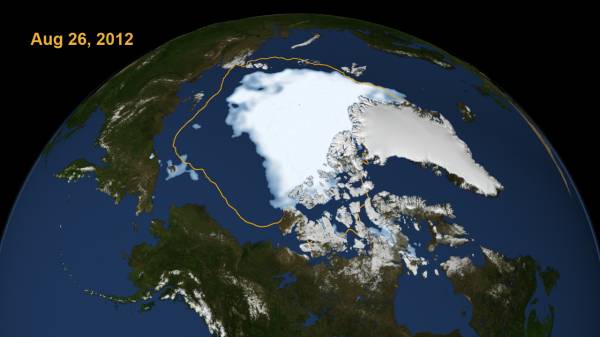 THE overwhelming consensus among climate scientists is that human-caused climate change is happening. Yet a fringe minority of our populace clings to an irrational rejection of well-established science. This virulent strain of anti-science infects the halls of Congress, the pages of leading newspapers and what we see on TV, leading to the appearance of a debate where none should exist.

In fact, there is broad agreement among climate scientists not only that climate change is real (a survey and a review of the scientific literature published say about 97 percent agree), but that we must respond to the dangers of a warming planet. If one is looking for real differences among mainstream scientists, they can be found on two fronts: the precise implications of those higher temperatures, and which technologies and policies offer the best solution to reducing, on a global scale, the emission of greenhouse gases.

For example, should we go full-bore on nuclear power? Invest in and deploy renewable energy — wind, solar and geothermal — on a huge scale? Price carbon emissions through cap-and-trade legislation or by imposing a carbon tax? Until the public fully understands the danger of our present trajectory, those debates are likely to continue to founder.

This is where scientists come in. In my view, it is no longer acceptable for scientists to remain on the sidelines. I should know. I had no choice but to enter the fray. I was hounded by elected officials, threatened with violence and more — after a single study I co-wrote a decade and a half ago found that the Northern Hemisphere’s average warmth had no precedent in at least the past 1,000 years. Our “hockey stick” graph became a vivid centerpiece of the climate wars, and to this day, it continues to win me the enmity of those who have conflated a problem of science and society with partisan politics.

So what should scientists do? At one end of the spectrum, you have the distinguished former director of the NASA Goddard Institute for Space Studies, James Hansen, who has turned to civil disobedience to underscore the dangers he sees. He was arrested in 2009 protesting mountaintop removal coal mining, then again in 2011 and 2013 in Washington protesting the construction of the Keystone XL pipeline from Canada to the Texas Gulf. He has warned that the pipeline, which awaits approval by the State Department, would open the floodgates to dirty tar sands oil from Canada, something he says would be “game over for the climate.”

Dr. Hansen recently published an article in the journal PLoS One with the economist Jeffrey Sachs, director of Columbia’s Earth Institute, and other scientists, making a compelling case that emissions from fossil fuel burning must be reduced rapidly if we are to avert catastrophic climate change. They called for the immediate introduction of a price on carbon emissions, arguing that it is our moral obligation to not leave a degraded planet behind for our children and grandchildren.

This activist approach has concerned some scientists, even those who have been outspoken on climate change. One of them, Ken Caldeira of the Carnegie Institution for Science, who has argued that “the only ethical path is to stop using the atmosphere as a waste dump for greenhouse gas pollution,” expressed concern about the “presentation of such a prescriptive and value-laden work” in a paper not labeled opinion.

Are Dr. Hansen and his colleagues going too far? Should we resist commenting on the implications of our science? There was a time when I would, without hesitation, have answered “yes” to this question. In 2003, when asked in a Senate hearing to comment on a matter of policy, I readily responded that “I am not a specialist in public policy” and it would not “be useful for me to testify on that.”

It is not an uncommon view among scientists that we potentially compromise our objectivity if we choose to wade into policy matters or the societal implications of our work. And it would be problematic if our views on policy somehow influenced the way we went about doing our science. But there is nothing inappropriate at all about drawing on our scientific knowledge to speak out about the very real implications of our research.

My colleague Stephen Schneider of Stanford University, who died in 2010, used to say that being a scientist-advocate is not an oxymoron. Just because we are scientists does not mean that we should check our citizenship at the door of a public meeting, he would explain. The New Republic once called him a “scientific pugilist” for advocating a forceful approach to global warming. But fighting for scientific truth and an informed debate is nothing to apologize for.

If scientists choose not to engage in the public debate, we leave a vacuum that will be filled by those whose agenda is one of short-term self-interest. There is a great cost to society if scientists fail to participate in the larger conversation — if we do not do all we can to ensure that the policy debate is informed by an honest assessment of the risks. In fact, it would be an abrogation of our responsibility to society if we remained quiet in the face of such a grave threat.

This is hardly a radical position. Our Department of Homeland Security has urged citizens to report anything dangerous they witness: “If you see something, say something.” We scientists are citizens, too, and, in climate change, we see a clear and present danger. The public is beginning to see the danger, too — Midwestern farmers struggling with drought, more damaging wildfires out West, and withering record summer heat across the country — while wondering about possible linkages between rapid Arctic warming and strange weather patterns, like the recent outbreak of Arctic air across much of the United States.

The urgency for action was underscored this past week by a draft United Nations report warning that another 15 years of failure to cut heat-trapping emissions would make the problem virtually impossible to solve with known technologies and thus impose enormous costs on future generations. It confirmed that the sooner we act, the less it will cost.

How will history judge us if we watch the threat unfold before our eyes, but fail to communicate the urgency of acting to avert potential disaster? How would I explain to the future children of my 8-year-old daughter that their grandfather saw the threat, but didn’t speak up in time?

Those are the stakes.