Posted by Paulynn on Thursday, 30 January 2014 in Agriculture

Agriculture Act of 2014 Due to pass Smoothly 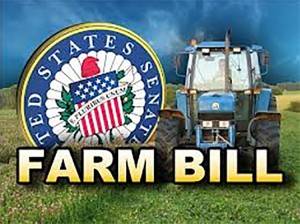 Uncertainty over a new US Farm Bill is likely over as the House of Representatives, in a bipartisan move, passed the Agricultural Act of 2014. The Senate still has to approve it but the bill is expected to pass through smoothly. An earlier version of this bill passed the Senate in 2012 but then was bogged down in the House battle over the Supplemental Nutrition Assistance Program (SNAP), which covers food stamps and other elements not related to conservation compliance. This led to an extension of the old bill, the Food, Conservation and Energy Act of 2008, to be extended into 2013. That extension expired in September, so there was some anxiety over having a new bill in place. The 949-page Farm Bill is a $500 billion package of legislation passed every five years that impacts the inter-related sectors-nutrition, agriculture, conservation and forestry. The implications of this bill are broad impacting development and business as well.

No Mention of Environmental Markets

"We're very happy to have a new Farm Bill in place that enables the USDA (United States Department of Agriculture) to continue their work on conservation," says Christopher Hartley, an environmental markets analyst in the USDA's Office of Environmental Markets (OPE). The OPE, in fact, was initiated by the 2008 Farm Bill. In this year's bill, however, there hasn't been any mention of environmental markets or ecosystem services. That isn't necessarily a bad sign. The office is left to operate under Section 2709 of the 2008 policy. And the certainty of having the new bill in place is of value for ecosystem markets and for other sectors involved in land and food management, even if there weren't direct changes to their space in the bill.

A Success for Conservation?

Direct payment subsidies, where the government distributed payouts to farmers every year whether they were in need of assistance or not, have been eliminated. Instead, in what is good news for environmentalists, conservation compliance has been tied to federally subsidized crop insurance, the new primary tool of choice for risk management against natural disasters. Ideally, this measure should ensure more sustainable land practices by farmers protecting erodible soils and wetlands. "The Farm Bill makes the biggest reform to agricultural policy in years by including conservation compliance requirements for federal crop insurance premium assistance," says the President of American Farmland Trust (AFT), Andrew McElwaine. AFT is a conservation organization focused on protecting American farmland. "Requiring farmers who receive crop insurance premium assistance to have a conservation plan helps damaged wetlands to be restored or mitigated," he adds. The new bill also includes provisions for soil and water protection. But overall, funding for conservation is cut $6 billion over the next 10 years as 23 programs are merged into 13. This could just mean more efficiency and less redundancies in the process. The Conservation Reserve Program, a federal program that compensates farmers for restoring and not farming on environmentally sensitive land they own, lowered its maximum number of acres from 32 million to 24 million – in part because enrollment in the program is low due to the high price of crops. The high prices mean that even marginal land better suited for wetland conservation is being put to agricultural use. The Senate will vote on the legislation sometime next week.