Posted by Wolf on Friday, 21 February 2014 in Forestry 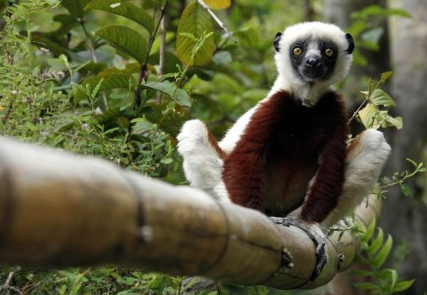 Microsoft is helping to protect one of Madagascar's most pristine rainforests, after buying a block of carbon credits from the government.

The IT giant confirmed last week that it has invested an undisclosed sum in the Makira REDD+ (Reducing Emissions from Deforestation and Forest Degradation 'plus') conservation project.

Overall, the project aims to curb deforestation on 320,000 hectares of land, preventing the release of 32.5 million metric tonnes of carbon into the atmosphere.

Deforestation in Madagascar is estimated to have averaged 500 hectares a year from 1995 to 2005, but the Makira project aims to reduce the deforestation rate in one area to less than 100 hectares annually, while teaching local communities about the benefits of sustainable farming.

"The local economy in this area is almost entirely based on agriculture, primarily from rice and other cash crops," said Josh Henretig, head of global environmental sustainability strategy for Microsoft, in a blog posting.

"This project is enabling households to adopt alternative techniques that replace destructive and unsustainable methods. These activities include adopting a System of Rice Intensification, which increases yields and is based mainly on improving water management.

The investment makes Microsoft the first organisation to purchase carbon credits from the new scheme, which is being run by the Madagascan government and the Wildlife Conservation Society.

Pierre Manganirina Randrianarisoa, Secretary General of the Ministry of Environment and Forests, urged other businesses to follow suit.

"The government of Madagascar is thrilled to have played the role of pioneer in carbon sales in Africa," he said.

"Makira is a highly valued part of our natural heritage and the revenues from this sale will not only protect this outstanding area, but represent an important step in our plan to develop sustainable sources of financing for the whole protected area network.

"We hope that other organisations will follow the lead of Microsoft, the CarbonNeutral Company, and Zoo Zurich and join us in this effort to conserve Madagascar's unique biodiversity through the sale of future carbon credits."

The move is the latest investment made by Microsoft as part of itscommitment to operate as a "carbon neutral" company by curbing emissions where possible and offsetting its remaining emissions.