Posted by thatsenough on Thursday, 27 February 2014 in Animals 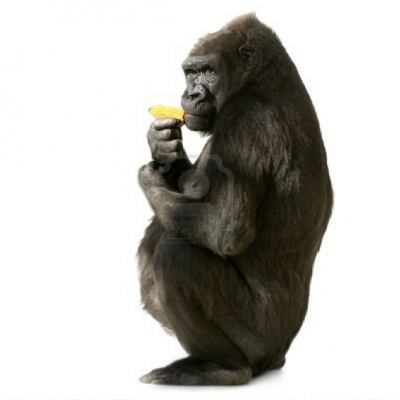 Nonhuman persons are real close to having more rights, including Habeas Corpus. As animal activists take center stage in protecting the rights of animals, attorneys have been hired to defend their cases. Citing the right to appear before a judge and be released from unlawful detention, habeas corpus is now coming into play for chimps, dolphins and orcas.

Attorney Steven M. Wise has been working on animal rights protection cases for 30 years. Deeply involved with the Nonhuman Rights Project, Wise took on four cases in December of 2013, where his clients were chimpanzees. Held in captivity, the chimps earned the right to a court case because trusts had been set up in their names. That made them legal persons under New York law. The case was later dismissed, however Wise is appealing with hopeful results.

Chimpanzees, other great apes, elephants and now cetaceans are starting to earn their day in court as well. The highly intelligent creatures have been held in captivity for too long, trained and treated while audiences cheered their performances and animated antics. Zoos, aquariums and circuses have displayed the beautiful beasts for profit, ignoring the animals inborn rights to live a free life.

Chimpanzees have been dressed in tuxes and tutus as they have appeared in commercials and movies. Known for their similarities to humans, they can learn sign language, handle a cigarette and even travel into space. Recognizing their own image in a mirror and communicating with their families and humans, well raises their status above scurrying rodents and fowl.

Emotions are real and present with chimpanzees, elephants and cetaceans as they care for their own and exhibit grief and passion. Realizing they are next to human, the nonhuman animals have been prime profit gaining attractions for years. If so intelligent and trainable, they deserve the freedom they were born with outside the confines of the small enclosures they are given.

Teaching and learning has taken place for decades, so to say the animals in question are still scientific experiments necessary to human survival is only prolonging the inevitable. Mammals of all kinds do not act naturally when they are transported from their natural habitats and forced to live in a different culture from their own. Observing them in the wild plains and seas would serve humans and nonhumans alike in a much better way.

Recently in India, the cetacean species, which includes dolphins, porpoises and whales, has been given the nonhuman person status. A nonhuman person, unlike a robot or a ‘Barbie Flu’ infected teen, marine mammals are rising to a new standard in the eyes of their human counterparts and caregivers. India was one of the first countries to recognize the cetaceans as nonhuman persons with The Ministry of Environment and Forests promoting the disbandment of using the mammals for entertainment or exhibition practices.

Formerly, the 2011 gathering of the American Association for the Advancement of Science was in agreement when they created a Declaration of Rights for cetaceans and other animals. Several tenets were proposed for the benefits of nonhuman persons, thus the animals we all love and adore. The new rights include a right to life in a natural habitat as opposed to being a slave in a showcased act, protected freedom as not a property of a state, corporation or human entity, and cultural integrity to remain as nature intended. These rights would be protected and respected if all complied and commerce of animals was halted.

Domestic pets and animals deemed for human consumption are a whole other issue. As divas donning fur lined coats and holding little dogs would only boycott the beautiful displays of orcas and elephants, the world would hold more harmony to humans and nonhuman dignity. Habits are hard to break as zoos and aquariums have been a staple of family vacations and school field trips for years. The time has come to see a difference in animal rights and especially with the ones that are deemed nonhuman.

The Cove, a documentation of the annual killing of dolphins in Japan and Blackfish, the story of captive orcas, still serves as reminders of days and years gone by. A new world is upon us as we all recognize the rights of the animals we love so much. The nonhuman person is an animal and very real in our world, deserving the rights humans will eventually deem justifiable as humane or nonhuman, however the fins and fur apply.