Posted by rackfokus on Sunday, 23 March 2014 in Climate Change

How Tech Can - And Can’t - Tackle Climate Change and Extinction 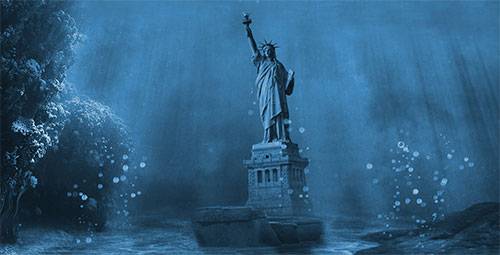 Somewhere around two hundred thousand years ago, a new primate emerges on Earth.

"The members of the species are not particularly swift or strong or fertile," the New Yorker's Elizabeth Kolbert writes in her new book, "The Sixth Extinction: An Unnatural History." "They are, however, singularly resourceful."

It is, of course, us — big-brained, small-browed genetic mutants clever enough to outcompete animals ten times our size and gradually fan out across the globe.

Eventually, humankind invents axes, engines, cities and strip malls. We tear down forests and dig up fuel from the ground.

Other times we excavate out of curiosity, traveling backward in time through the records of bones, fossils and rocks that eventually give up clues to mass tragedies in the ancient past. Huge portions of the world's creatures disappeared in a geologic blink of the eye.

In fact, five blinks — so far. The reasons aren't always settled in science, but strong possibilities for the various mass extinctions include a dramatic release of carbon dioxide in the atmosphere, climatic shifts that tipped the globe into prolonged ice ages and a gigantic asteroid strike that kicked up enormous clouds of dust.

The early part of Kolbert's new book is an exploration of this exploration of the past, telling the stories of scientists who worked to reconstruct this grim timeline of species loss. But mostly it's scene setting for the real subject of the book, the one telegraphed in the title: The Sixth Extinction.

The salient characteristics of the latest epoch are that we appear to be living through it now — and causing it.