Posted by thatsenough on Monday, 24 March 2014 in Air Quality

The war against pollution 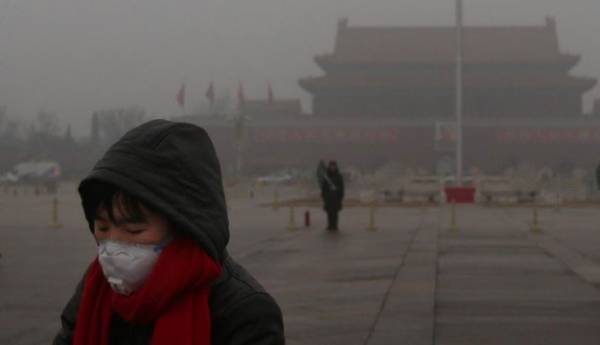 China's National People's Council meeting took place early this month amid crippling smog in Beijing. This was no surprise. China's chronic air pollution has become so bad it has been dubbed "airpocalypse" and is now the leading cause of public dissatisfaction.

Little wonder then that Premier Li Keqiang announced during the meeting that a top priority this year would be to control air pollution. Indeed, he said the government had declared "war against pollution".

This is good to hear. The dangerously polluted atmosphere in China's cities has become a huge problem. As well as being a hazard to health, it is a disruption of many aspects of life like education, travel and business, and the persistent and recurring problems have seriously blemished China's international reputation.

To deal with the problem, Premier Li announced a series of measures such as shutting down more than 50,000 small coal-fuelled furnaces, installing desulphurisation facilities in thermal power plants and removing six million old vehicles from the roads.

He also set targets such as improving energy efficiency by 3.9 percentage points and announced other environmental measures to deal with issues such as water pollution.

While these are all sensible moves, the targets are quite modest for a "war" on pollution.

Sadly for city residents, the war will be a long one, and progress will be slow. A major pillar of China's sensational economic growth over the past three decades has been its cheap-energy policy, and that's not going to change.

Easily the worst pollution culprits are the coal-fired power plants that produce 70 per cent of China's electricity. Coal is cheaper, but not as clean as fuels such as natural gas, and China's emphasis on low energy prices is a big reason for today's problems and lower-quality standards than in developed countries. For example, the sulphur content in China's gasoline is considerably higher than in the US or Europe.

Given that Premier Li has affirmed the government's commitment to 7.5-per-cent economic growth this year, China's energy consumption is also likely to go up, not fall, so there are only two main avenues for solving the air pollution problems in the cities - efficiency improvements and zoning.

Replacing old and polluting vehicles in the cities will help to reduce smog to some extent. However, vehicle emissions account for only about 6 per cent of China's air pollution. As for the major emitters, the coal-fired power plants, the Chinese authorities have done a lot of work over the past few years on improving their scale, efficiency and cleanliness.

Indeed, China now has some of the most advanced coal-fired power stations in the world. Older stations are being retrofitted to reduce emissions of sulphur dioxide and China is rapidly expanding alternative energy options such as nuclear and wind-generated power. But these initiatives take time.

The government's best option for achieving a short-term fix for the air pollution problems in the mega cities is zoning. It has already prohibited coal-burning plants in the metropolitan regions of Shanghai, Beijing and Guangzhou. The facilities are being moved to other regions such as the west of the country. Various other restrictions are also being applied, such as bans on charcoal-grill barbecues on bad air days in the cities.

In the long run, I am confident that China's war on pollution will be won. However, in the short run, its people will have to be patient.