Posted by bjb41 on Tuesday, 25 March 2014 in Environmental Heroes 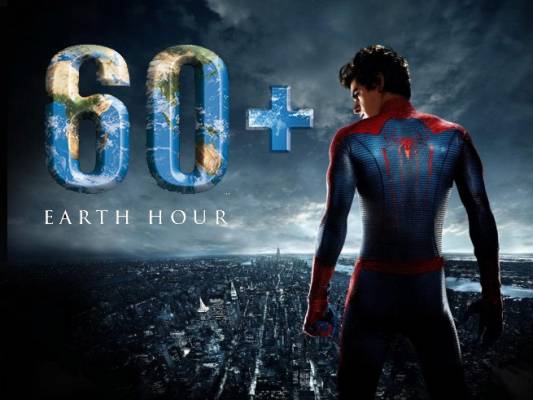 Sony Pictures Entertainment has joined forces with WWF this year to make Spider-Man the first superhero ambassador for Earth Hour.

Its involvement will also see the launch of Earth Hour Blue – a new digital crowdfunding and crowdsourcing platform that is designed to help engage people around the world in the famous lights-out event, which will be held on 29 March.

“I’m proud Spider-Man is the first Super Hero ambassador for Earth Hour because he shows we can all be Super Heroes when we realize the power we all have,” says Andrew Garfield, who plays Spider-Man in the upcoming film.

Earth Hour is a movement that has created massive impact around the world, so imagine what we can do this year with Spider-Man by our side.” 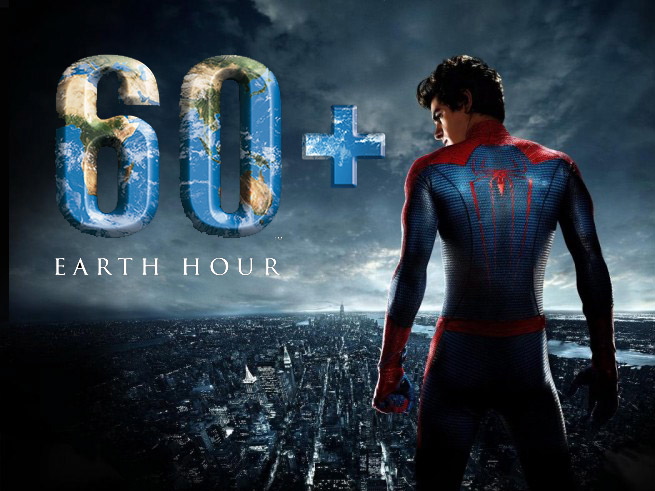 “The idea of Earth Hour has grown beyond anything we could have dreamed. This year with the help of Spider-Man by our side, we are taking the movement to the next stage."

"We hope that Spider-Man will empower individuals to be Super Heroes for the planet, and use their voice or their dollar to support projects or campaigns around the world. It’s about harnessing the power of the crowd. That’s what Earth Hour Blue is all about,” said Andy Ridley, CEO and Co-Founder of Earth Hour. 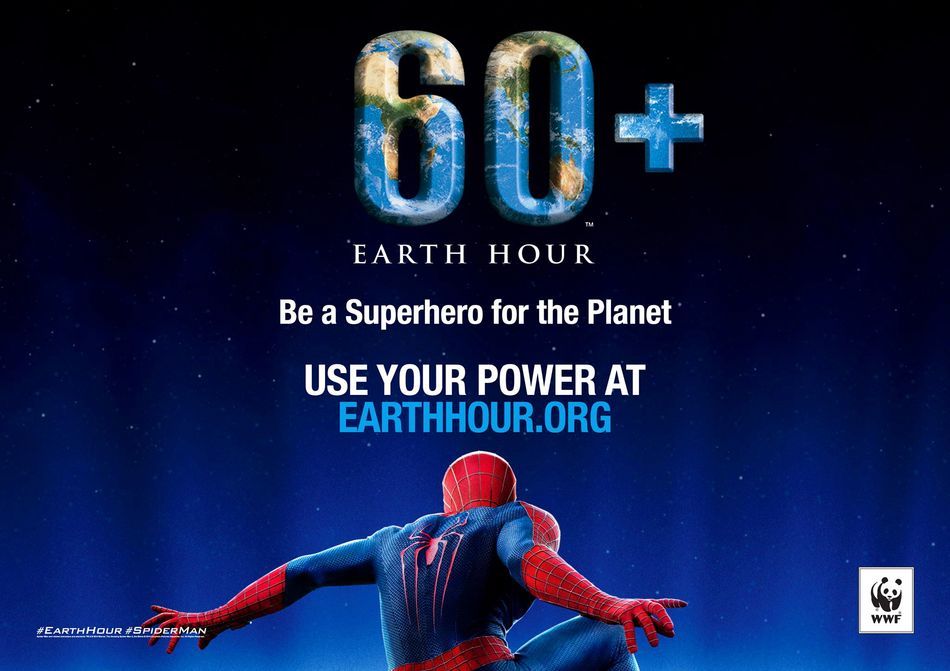 Sony Pictures Entertainment have also been displaying its green credentials by receiving Gold Standard carbon offsets that render the entire physical production of The Amazing Spider-Man 2, as well as its publicity tour, carbon-neutral.

Discover how “with great power comes great responsibility” at earthhour.org.