Posted by tvernile on Friday, 28 March 2014 in Energy Efficiency 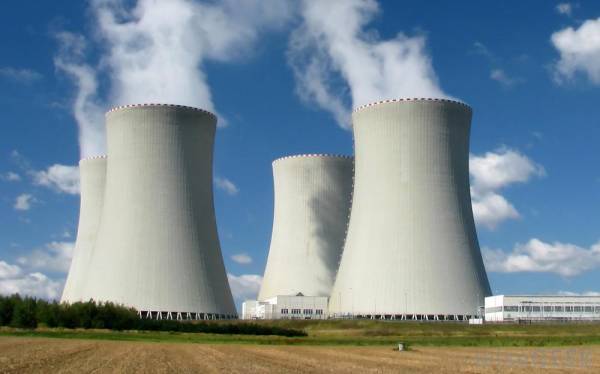 Never mind lower gasoline prices. Worries about energy security and the environment continue to boost pressure for alternative energy sources. Russian Prime Minister Vladimir Putin´s temporary halting of natural gas to Europe this winter in a payment dispute underscored once again how vulnerable the West is to energy blackmail. And even though the link between climate change and fossil fuel use is still debated, Americans want “greener” energy.

The energy sources favored by carbon-footprint-sensitive celebrities, such as wind power and ethanol, have gained the most attention so far - and the most subsidies. But if we’re serious about security and the environment, we should be embracing something else: Nuclear energy.

Anyone old enough to remember the 1979 movie “China Syndrome,” about the deadly cover-up of a nuclear accident, knows Jane Fonda and other liberals would have a fit at the idea of more nuclear energy. But that is the way to go.

For starters, nuclear power is the least expensive form of power available. But excessive legal and permitting delays are pushing up the capital cost of new nuclear-power plants and thwarting most new projects. Only one nuclear plant is currently being built in the United States - and that began in 1973. Meanwhile, 44 are under construction in other countries. France now generates 80 percent of its electricity from nuclear. We produce just 20 percent.

From an environmental perspective, nuclear energy can’t be beaten. No belching smokestacks or polluting gases. It releases nothing into the atmosphere - no carbon dioxide, no sulfur, no mercury.

It also takes up hardly any land. One double-reactor plant takes up a few hundred acres and can power 2 million homes. The same production from wind or solar can take tens of thousands of acres, often blighting scenic views.

With modern techniques, spent nuclear fuel is safely removed and reprocessed to yield new reactor fuel, drastically reducing the amount of waste needing disposal. In fact, if you used nuclear power for your entire lifetime needs, the resulting waste would only be enough fill a Coke can. And this can be safely deposited in deep repositories. Compare that with the tons of plastic, batteries, tires and motor oil we´ll throw out to be buried in landfills.

Outdated fears about safety drive public concern about nuclear power in the United States. And those fears are misplaced.

The safety level in nuclear-energy production now easily surpasses other energy sources. For example, nobody in America has ever died owing to a commercial nuclear-power accident. But from Jan. 1, 2003 through Dec. 31, 2007, 526 workers were killed in oil and gas extraction and 162 in coal mining. And in the coal industry, thousands of former workers are disabled with black lung and other respiratory diseases.

The fatalities and disabilities associated with coal and oil are real. The dangers of nuclear energy, meanwhile, are largely made up in Hollywood.

Yet those perceived dangers are responsible for the endless legal challenges, heavy regulation and campaigns to slow down or block every effort to expand nuclear power. The resultant costs and uncertainty have discouraged investment in this safe, clean and efficient energy source.

To overcome these obstacles to doing that, Congress and the Obama administration need to take action.

First, Washington should create a level playing field for energy ideas. That means no longer artificially favoring one new energy source over another and instead creating a strong, market-oriented approach to energy so that the best sources can expand. It’s time to say no to lobbyist-driven subsidies and phase out existing ones.

Second, Congress and the administration must commit to respecting the Nuclear Regulatory Commission´s authority to review the permit application to construct the Yucca Mountain nuclear-waste repository in Nevada.

President Obama agrees that nuclear power is a good idea, one that needs to be back on the table. That’s welcome, but it won’t just happen. He needs to tell his friends in Hollywood that he is serious about change, and push Congress to give the green light to nuclear power.